Robert Wickens broke both his legs and his right arm, as well as injuring his spine and bruising his lung in his IndyCar shunt at Pocono on Sunday

The Schmidt Peterson Motorsports driver collided with Ryan Hunter-Reay on lap six of the 200-lap race and was launched over the rear of the Andretti Autosport driver's car.

Wickens's car rode along the top of the SAFER barrier and tore into the catchfence, then landed back on the circuit and spun several times before it came to a stop.

That incident required the race to be halted for more than two hours while substantial damage to the fencing was repaired. 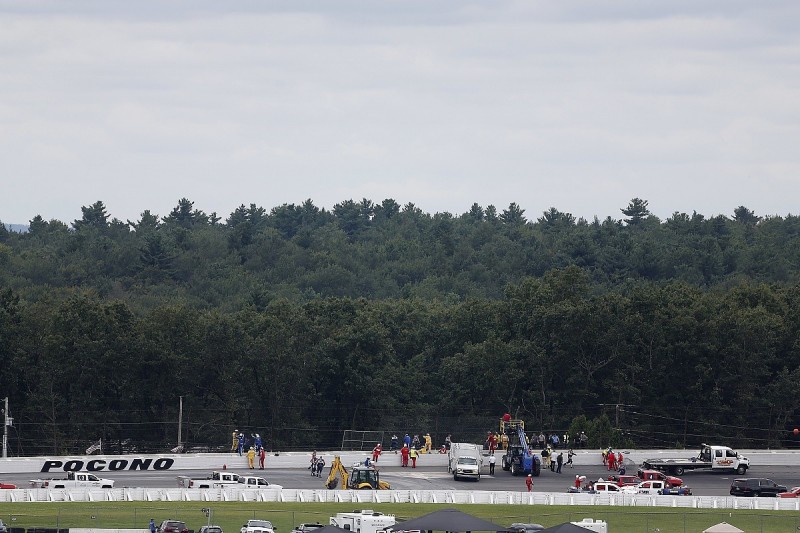 IndyCar initially reported Wickens was awake and alert and that he had been airlifted to hospital.

A joint release from SPM and IndyCar has since revealed the extent of his injuries, and stated he was likely to undergo surgery at the Lehigh Valley Hospital he was flown to near Allentown, which is around 45 miles from Pocono.

The statement read: "Schmidt Peterson Motorsports driver Robert Wickens is being treated for injuries to his lower extremities, right arm and spine following an incident in the ABC Supply 500 at Pocono Raceway. He also sustained a pulmonary contusion.

"He will undergo an MRI and probable surgery at Lehigh Valley Hospital - Cedar Crest. Further updates on his condition will be provided when available."

Wickens to have surgery for spinal injury after IndyCar Pocono crash