Josef Newgarden claimed his first IndyCar victory with Penske at Barber Motorsports Park in only his third race for the squad, after a late puncture for team-mate Will Power

Newgarden was one of the few frontrunners to begin the race on the harder tyre, and moved up from his seventh place starting position to third as those on the softer 'red' compound lost pace - pulling off an assertive move on reigning champion team-mate Pagenaud along the way.

He then undercut Scott Dixon, whose stop was slowed by a problem with Ganassi's fuel hose, to move into second behind polesitter and early leader Power.

Now on the red tyres while the other leaders ran the harder black Firestones, Newgarden put Power under pressure for a spell without seriously threatening his team-mate's lead.

A late caution brought out by Spencer Pigot spinning at Turn 6 prompted the leaders' final pit visits, with Dixon jumping Newgarden via a quick stop.

But Newgarden got back past on the restart lap with an impressive move at the penultimate corner.

Newgarden then set his sights on Power again but before he could attempt to overtake his team-mate, he was called into the pits when Penske's data suggested he was developing a left-rear puncture.

That consigned Power, who had led 60 laps, to a 14th-place finish. 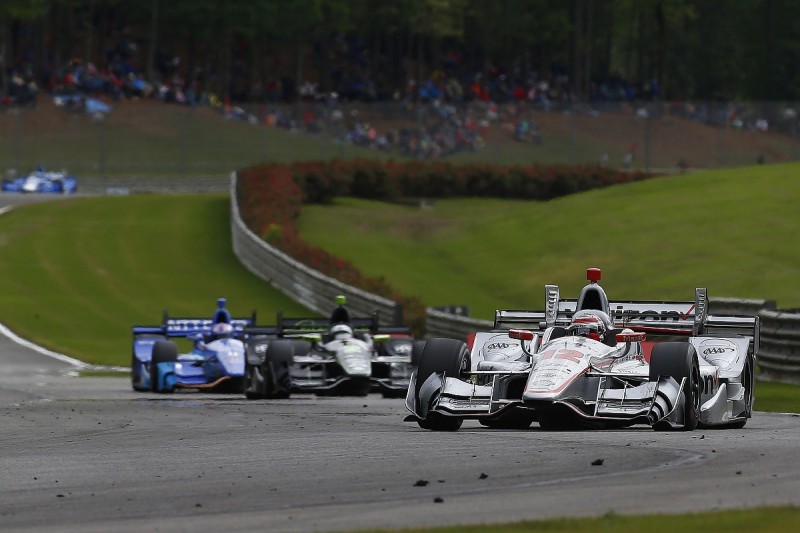 Newgarden then led to the finish, albeit with Dixon just half a second behind him, to score Penske's first win of the season and his fifth in the series.

Andretti had its Indianapolis 500 signing Fernando Alonso watching on, and the double Formula 1 world champion saw two of his team-mates in the top 10 with Rossi's fifth and Takuma Sato in ninth but early problems for their stablemates.

Marco Andretti lost three laps to gearbox issues even before the green flag, while Ryan Hunter-Reay picked up damage in a first-lap brush with James Hinchcliffe and finished 11th.

Sebastien Bourdais had to settle for eighth, winning an aggressive late battle with Sato and then chasing seventh-placed Tony Kanaan to the flag, but retains the championship lead.

JR Hildebrand gets all-clear to make IndyCar return at Phoenix