Marco Andretti says Fernando Alonso has picked the "ideal year" to make his Indianapolis 500 debut, before IndyCar introduces a heavily-revised aero kit in 2018

Alonso will make his Indy 500 debut later this month with Andretti Autosport, with Honda currently supplying the team with its engines and aero kit.

Alongside their engine supply deals, Honda and Chevrolet have since 2015 also developed separate aero kits for their respective customer teams.

But IndyCar announced last year development of those would be frozen over the off-season and for 2018 would be replaced by a standardised kit.

The Indianapolis Motor Speedway is the first superspeedway on the IndyCar schedule, which next year means teams and drivers will enter the event having to learn about the behaviour of their cars without previous data.

Alonso said he did not yet feel comfortable in his IndyCar after two days of practice, but team-mate Andretti said Alonso was in a strong position to take advantage of the existing data possessed by the Andretti squad - which ran Alexander Rossi to victory in the event last year.

"It's probably an ideal year," said Andretti, "because I think we have a pretty good baseline car.

"He's with the defending champions, right?

"Our roll-off car was pretty good and I think we made it better already.

"Next year there will be a steep learning curve for us.

"You're always learning; but we have these cars pretty wrung out at this point.

"I think this is a pretty ideal year." 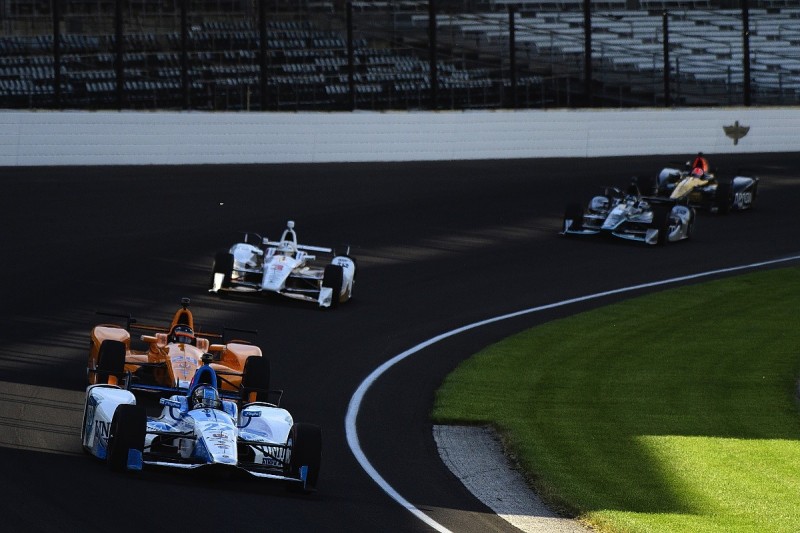 Fernando Alonso not yet comfortable in Indy 500 practice