With Alonso returning to the Brickyard this year for this third attempt at the Indy 500, aiming to secure the triple crown of motorsport, he teamed up with Arrow McLaren SP as the third driver alongside regulars Pato O'Ward and Oliver Askew.

Given O'Ward failed to qualify for last year's Indy 500, missing out alongside Alonso, while Askew was a rookie, it meant he came into the race as the team's most experienced driver at the event having made his debut in 2017.

As a result, Wickens says Alonso provided valuable set-up feedback to the team from his previous experiences, while O'Ward and Askew could offer insight racing with the aeroscreen.

"He has a lot of useful experience in motorsports, even within the 500," Wickens said about Alonso's experience.

"I've only ever driven with this team, whereas he had driven an Andretti Autosport car in 2017 and a McLaren car with some Carlin support in 2019.

"What he suggested worked and we made set-up changes accordingly on all three cars. That was very helpful and interesting.

"It was very much a two-way exchange between our two full-timers and Fernando.

"Fernando gave a lot of great insight comparing this year's car with previous experience, and our regular drivers able to give insight as to how this car behaves with an aeroscreen.

"They'd already driven this car around Texas, so although it's different tyres, different set-ups, and obviously the track characteristics are different, the underlying issue of the higher centre of gravity and more forward weight distribution does change how the car feels and behaves.

"The rear feels more numb, for instance, and yet it's moving around a little more, so it's such a fine line to know when you're having oversteer and when you're right in the window.

"I think the three drivers really worked well together to try and find where that limit was." 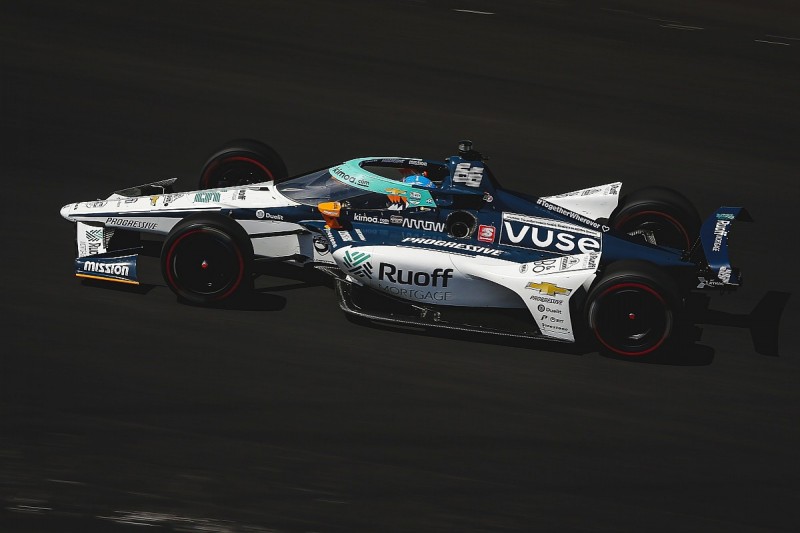 Wickens also felt Alonso's Indy 500 was ultimately hamstrung by his practice crash on the second day, which forced an extensive rebuild of his car and the loss of refined parts and set-up.

After coming into the race on the backfoot, Alonso suffered a clutch problem meaning he continually lost time during pitstops, leaving him to finish in 21st place.

"I think that crash towards the end of Day 2 was tough," Wickens said.

"It not only loses you track time but also the car that you roll out at the start of practice is the best it's going to be in terms of parts.

"When you have an accident, yes, you can replace everything to return the car to what appears to be an equal level to what he had before, but the parts won't have been polished and loved on for countless hours to make sure it's absolute perfection and that the body fit is immaculate, like the original car will have been.

"Looking at the data, we could see his car was just a little more draggy than the other two cars. They did a good job in qualifying, did what they could, and then just focused on the race.

"And then to add insult to injury, he had a clutch issue that prevented him from launching out of his pitbox, so for the remainder of the race he'd have to get pushed and then select first gear, and so any plans to gain position in pitstops immediately went out the window.

"It was a character-building 500 for Fernando, but like he said, he was very happy to complete the 500 for the first time.

"He learned that the last quarter of the race is a whole lot wilder and he was able to experience that, and he'll remember that for if or when he plans to try and complete the triple crown." 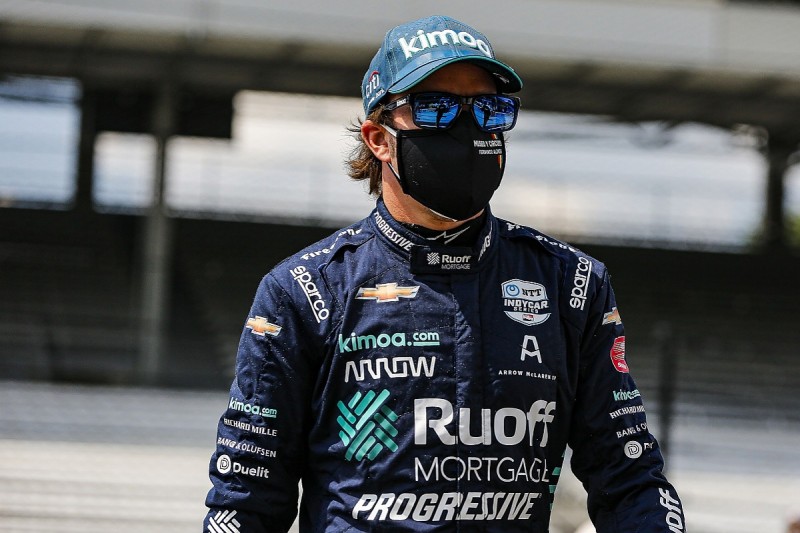