The three-time W Series champion will become the first woman in 13 years to compete full-time in the series, formerly known as Indy Lights.

She will drive the #28 car, sponsored by DHL, for the 14-race season, which starts in St Petersburg, Florida, on 3-5 March.

Chadwick will also remain a member of Williams Formula 1 team’s young driver academy, with an enhanced role to be announced in due course.

“My aim is always to challenge myself and continue my progression as a driver and this represents not only a big step up but also a big step towards my goal of competing in the highest categories of single seater racing.

“Andretti Autosport’s standing in the sport is second to none and I hope to bring more success to such a prestigious team. I can't wait to get started.”

The move marks Chadwick’s departure from W Series, where she has won all three championships.

She was awarded the 2022 title after the series concluded early due to financial issues after the Singapore round.

Chadwick first tested with Andretti in September at Sebring International Raceway in Florida. 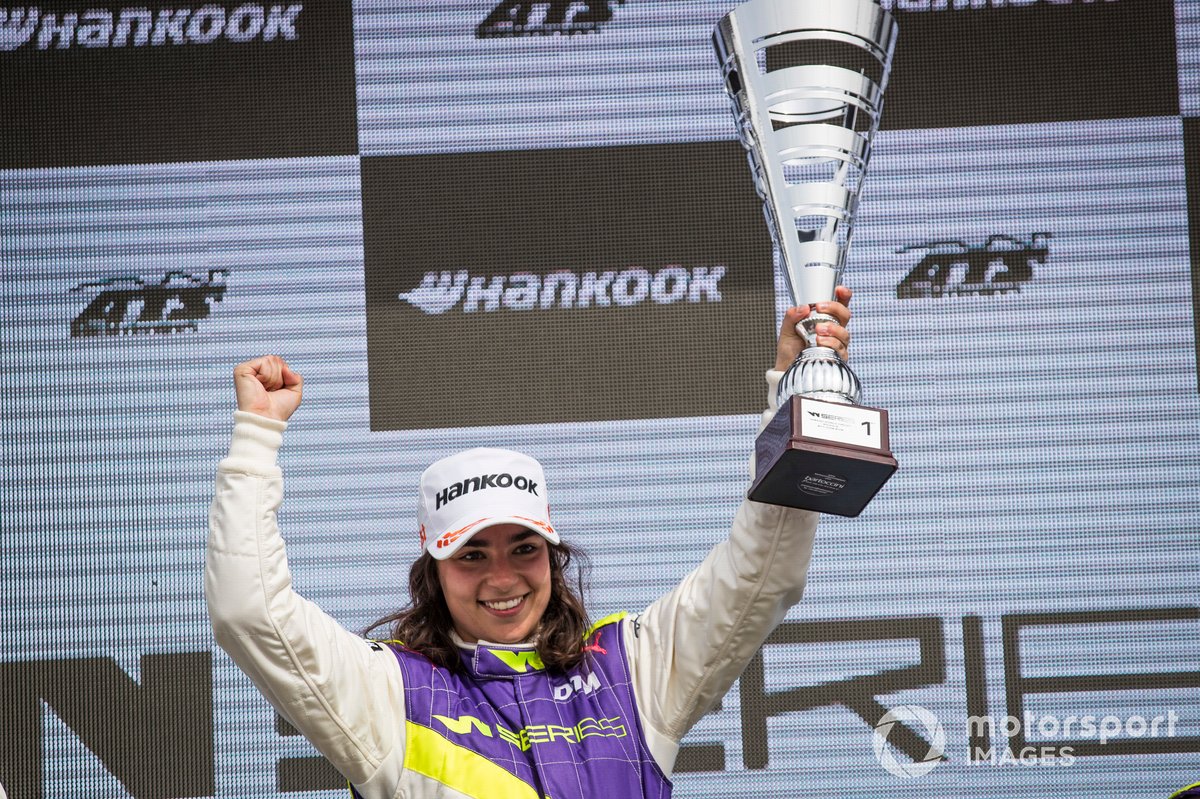 Jamie Chadwick, celebrates on the podium

Andretti has run a successful Indy Lights programme in recent years, winning the past three iterations of the series dating back to 2018 with the likes of Colton Herta, Pato O’Ward and Kyle Kirkwood progressing through its ranks.

CEO & Chairman Michael Andretti said: “Andretti Autosport is proud to be supporting Jamie alongside DHL for the 2023 Indy NXT season.

“Jamie’s successful career speaks for itself, but the Indy NXT series gives Jamie the opportunity to continue her development in a new type of racing.

“DHL is a long-standing team partner; we are happy to welcome them to the Indy NXT series and excited to welcome Jamie to the team.

“We’ve turned out five Indy NXT champions over the years and look forward to continuing our role in developing new talent.”