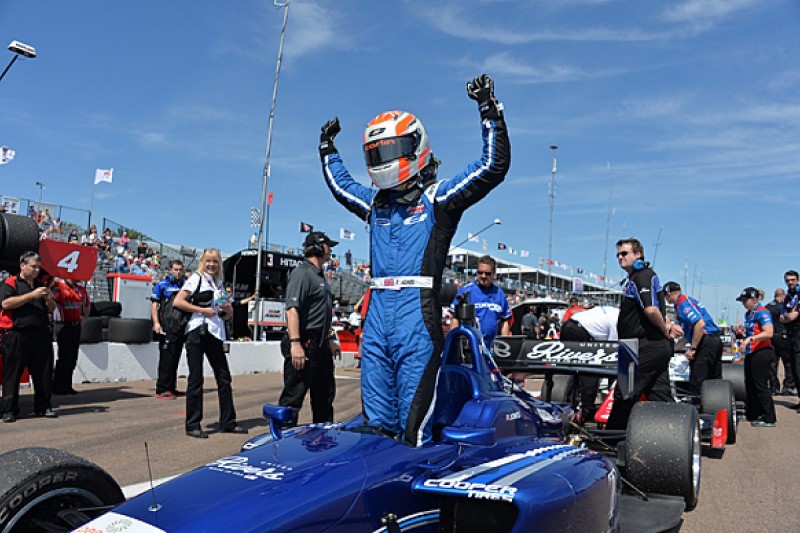 Jones, who is also making his Lights debut this weekend, started from pole and was never headed.

His lead over the pursuing Jack Harvey stretched to nearly five seconds in the latter stages before he eased off to settle for a victory margin of 3.7s.

Reigning Pro Mazda champion Spencer Pigot completed the podium, with Carlin's hopes of converting its sweep of the front row into a race one-two having ended after just four corners when Max Chilton and Felix Serralles collided. Both were eliminated on the spot.

A broken front wing also ended Matthew Brabham's hopes of fighting for the win, although he consoled himself by setting a new Lights race record for St Pete when he rejoined the field two laps down, but sporting a set of new tyres.