Following its season of inactivity, the IndyCar Series' feeder championship returned with a 13-car entry, an improvement on the eight AER-powered Dallara IL-15s that started its last race at Laguna Seca in September 2019.

Swedish 22-year-old Lundqvist, the 2018 British F3 champion, was an expected favourite after scoring 15 wins from 17 races on his way to the Formula Regional Americas championship last season.

The Global Racing Group with HMD driver pipped stablemate and 2020 rival David Malukas to pole and led away at the start, but Malukas was nudged under braking for Turn 1 by the third-placed car of Andretti Autosport’s Kyle Kirkwood.

The contact sent Malukas off track and into the Turn 1 tire barrier, breaking 2019 Indy Pro 2000 champion Kirkwood’s front wing. The former was out on the spot, while Kirkwood pitted for a new nose-wing assembly and would take the race restart from the rear of the grid.

When the race resumed on lap 5, Lundqvist immediately pulled away while Sowery sought to find a way past Pedersen. 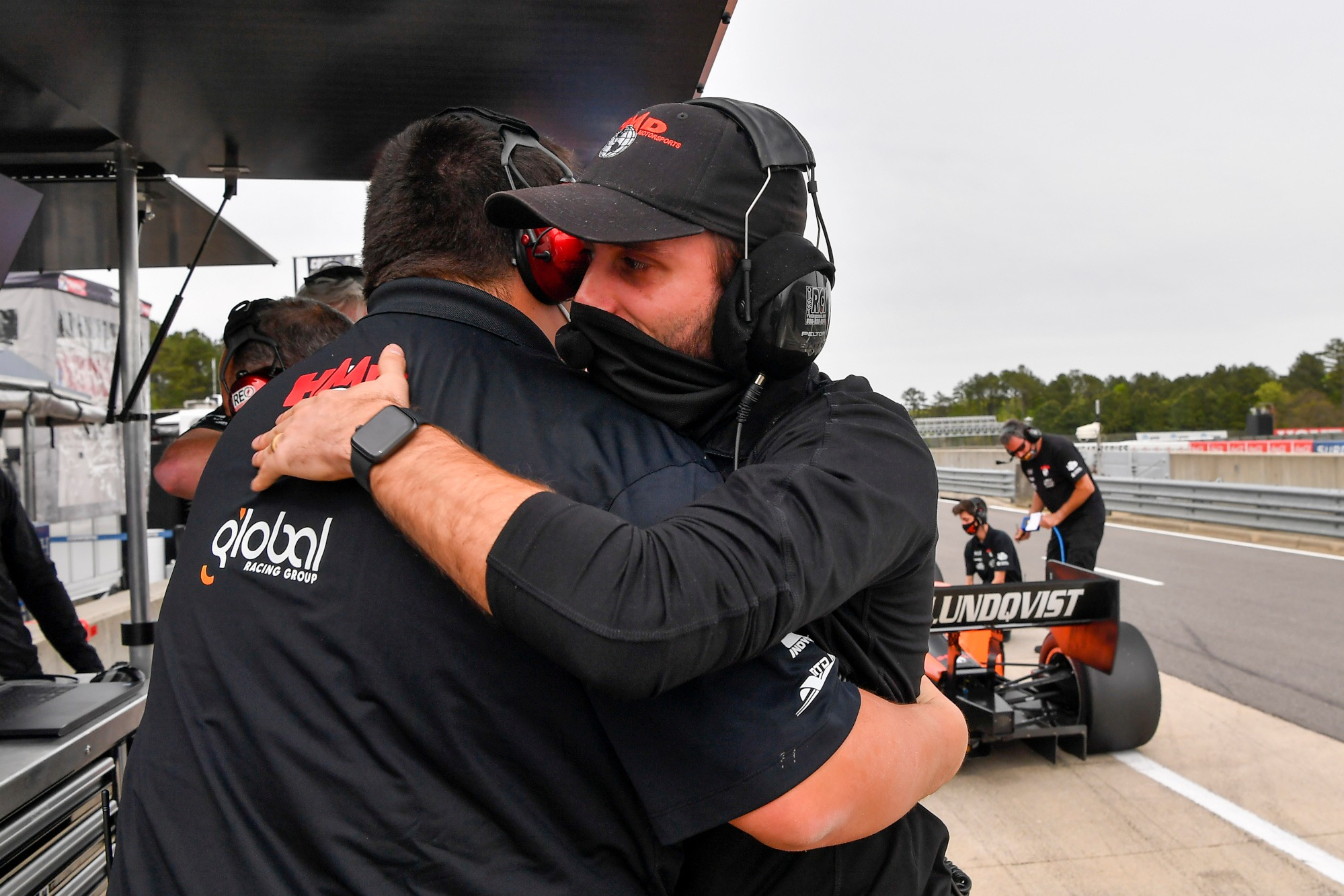 But a mistake from Sowery - entering his first race since the 2019 Indy Lights finale - on lap 8 cost the Briton third place to DeFrancesco, who gratefully accepted the gift and moved up into third.

The positions remained unchanged to the flag, with Lundqvist taking victory by 5.3s over Denmark's Pedersen, who managed one British F3 win with Double R last year.

Malukas will start tomorrow's second race from pole, ahead of Lundqvist and Megennis.