Muller, Patrick Assenheimer and Cindric will tackle GTD Pro in the #15 WeatherTech Mercedes, with support from Mercedes of Billings (Montana).

“The second Mercedes entry came about with Proton being contracted to prepare the car,” said David MacNeil, founder and CEO of WeatherTech.

“It was also an opportunity for Mercedes of Billings to have a presence in the race as well.

“The Rolex 24 is a showcase for sportscar racing around the world and is really the only on-track competition going on this time of year. We are excited to have a third WeatherTech-liveried car on the grid for the 60th running of this great race.”

Cooper MacNeil will pull double-duty by racing both the #97 Mercedes-AMG GT3 and #79 Porsche 911 GT3 R cars for the twice-around-the-clock classic next month.

He will be joined in the Mercedes by Maro Engel, Jules Gounon and Daniel Juncadella, while his co-drivers in the Porsche will be his new full-time IMSA partner Julien Andlauer, Matteo Cairoli and Alessio Picariello.

Said MacNeil, “Winning this race has been one of my racing goals since I started. 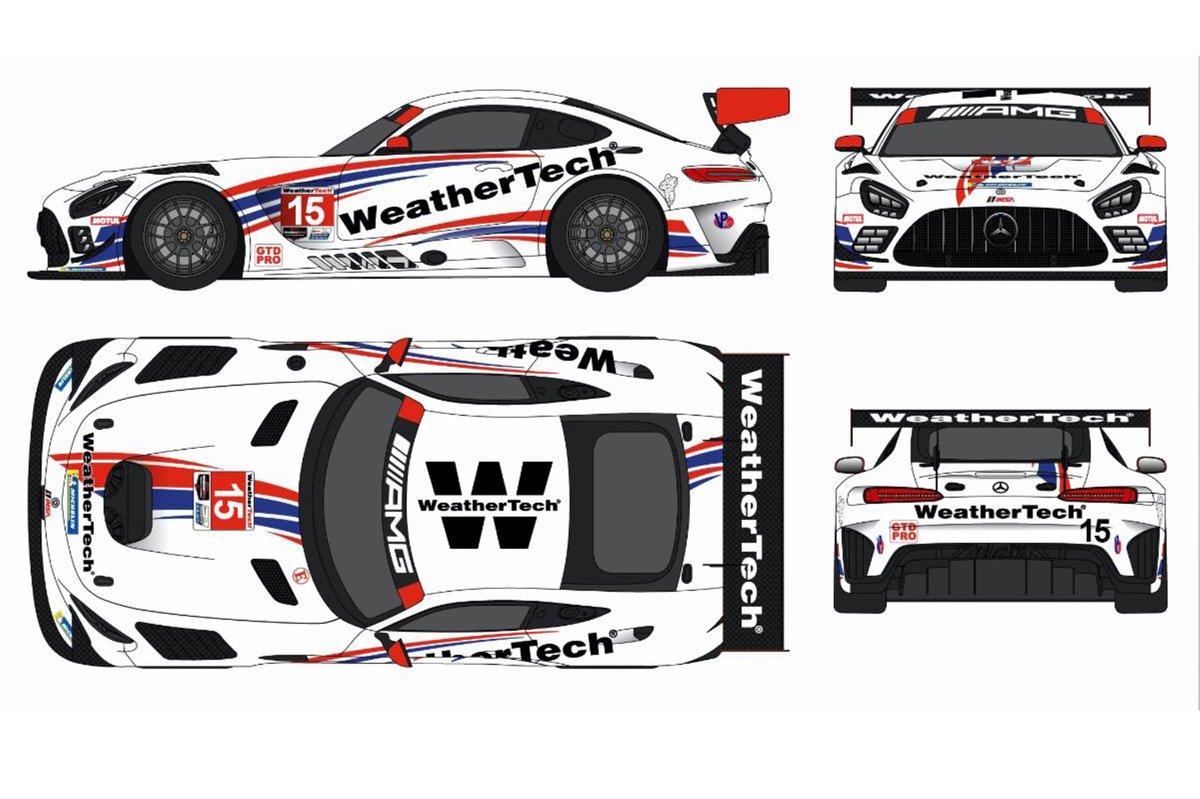 |I’ve won Sebring twice, Petit Le Mans three times, been on the podium at Le Mans twice, been a multiple series champion, and now need to win the Rolex 24.

"I’ve finished second at the Rolex 24 but they don’t give a watch out for second place.

“With two cars from different brands I think we have good shot at being on the top step of the podium come Sunday afternoon on 30 January.

"I am looking forward to the challenge of driving both cars and considering our driver line-up I like our chances.”

Last year, MacNeil scored three wins in the final season of the GT Le Mans class, and partnered with Porsche works drivers Matt Campbell, Matthieu Jaminet and Kevin Estre over the course of the 12 races.

The 2022 IMSA SportsCar Championship season will start with the traditional Roar Before the 24 test on 22-24 January with the round-the-clock race beginning on 29 January.