Albuquerque set the initial benchmark for WTR with a 1m30.029s, which he then lowered to 1m29.744s. His nearest challenger at the halfway point in the session was Earl Bamber aboard the #02 Chip Ganassi Racing Cadillac DPi-V.R, a second behind the Portuguese.

Blomqvist, Kamui Kobayashi (Action Express Cadillac) and Sebastien Bourdais (Ganassi Cadillac) left it until almost halfway through the 15-minute segment to hit the track, but Blomqvist delivered immediately with a 1m29.698s lap to shade Albuquerque by 0.046s.

Blomqvist’s second effort was held up by a meandering LMP2 car, but next time by he delivered a 1m29.580s lap to extend his advantage over Albuquerque by 0.164s.

The Cadillacs were left gasping in comparison, although Bourdais hammered in a 1m30.048s to edge a couple of tenths ahead of team-mate Bamber into third.

Olivier Pla was 0.920s off top spot in the lead AXR Cadillac, but was still half a second clear of Tristan Vautier's JDC Miller MotorSports example in sixth. Kobayashi ran just three unrepresentative times and brought up the rear of the seven-car pack.

In LMP2, PR1 Mathiasen Motorsports team-mates Ben Keating and Steven Thomas were split by 0.001s, the former following up his Le Mans GTE Am class victory by snatching the top spot. Their striving for the perfect lap lifted the pair more than 1.5s clear of High Class Racing’s Dennis Andersen, with Frits van Eerd in fourth for Racing Team Nederland.

Jarett Andretti was the first of the LMP3 drivers to dip under the 1m41 bracket in his family-run Andretti Autosport Ligier, but he was soon displaced by Josh Sarchet in the MLT Motorsports car and Nico Varrone's FastMD Racing Duqueine - the latter then taking the top spot.

Andretti crashed exiting the final corner in his efforts to improve, causing a red flag that cost him his two best times as Jon Bennett was elevated to third in the CORE Ligier. 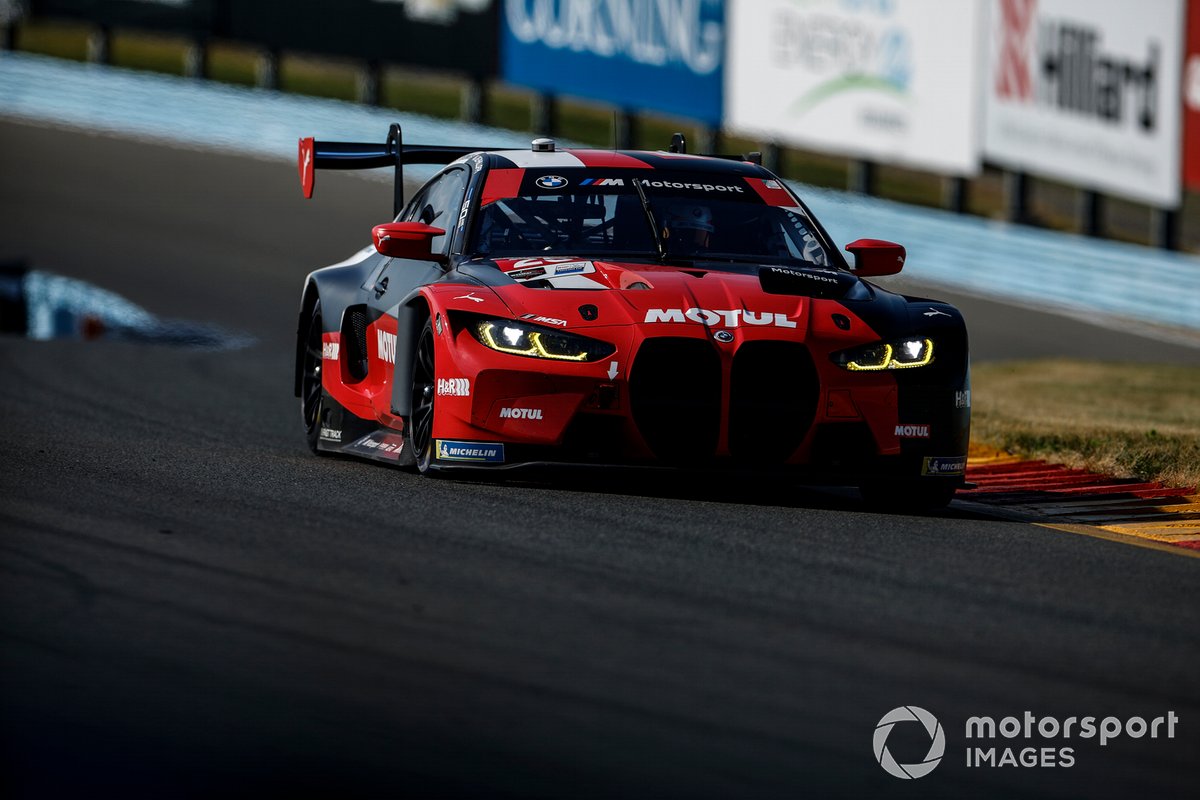 Richard Heistand was the second quickest entrant in GTD, his Vasser Sullivan Lexus slotting in ahead of Robby Foley’s Turner Motorsports BMW.