Milner turned a 1m40.263s lap of the 18-turn track to clinch pole, the pair less than 1.2s ahead of Cooper MacNeil in the WeatherTech Racing Porsche.

In GT Daytona’s amateur section of qualifying which sets the grid for the class, Robbie Foley put the Turner Motorsports BMW M6 almost three tenths of a second clear of Madison Snow in the Lamborghini Huracan of Paul Miller Racing by posting a 1m43.809s.

Snow shaved this down to 0.236s but could get no closer, putting him precisely one tenth ahead of Trent Hindman in the Wright Motorsports Porsche 911 GT3 R.

Roman de Angelis was fourth fastest in the quicker of the two Heart of Racing Aston Martin Vantages, ahead of Richard Heistand in the Carbahn Peregrine Audi R8 and the faster of the two Lexus RC Fs of Vasser Sullivan Racing, driven by Aaron Telitz. 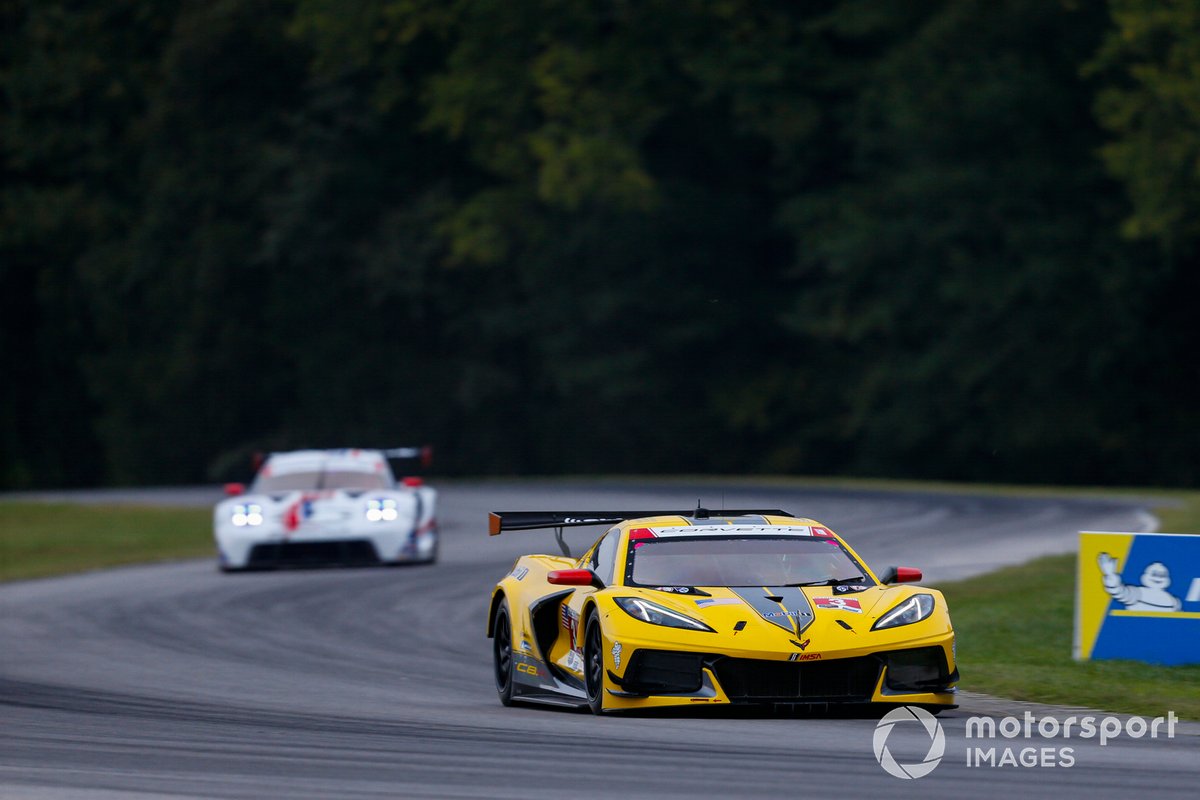 Zacharie Robichon suffered an alarming off in the Pfaff Motorsports Porsche so he did well to recover to seventh, ahead of the second Lexus of Frankie Montecalvo. However, the Pfaff Motorsports squad would be sent to the back of the grid because the team worked on the car during qualifying.

Then it was time for the Pros to decide the qualifying points distribution, and Ross Gunn and Alex Ribeiras captured a Heart of Racing Aston Martin 1-2, finishing the session 0.141s apart.

Two tenths further back was the #14 Lexus of Jack Hawksworth, 0.15s ahead of Bryan Sellers in the PMR Lamborghini, followed by Bill Auberlen in the Turner BMW.