Jordan Taylor overhauled the Action Express Coyote-Chevrolet Corvette DP driven by Christian Fittipaldi in the penultimate hour and then pulled away into a lead of more than 30 seconds.

That lead was removed when the safety car was deployed for the 12th time with just 18 minutes of the 10-hour USC finale at Road Atlanta left to run.

The race went green for the final six minutes and Taylor was able to stretch a 2.7-second advantage over Fittipaldi's co-driver Joao Barbosa when the safety car pulled in to 11s at the chequered flag.

Jordan Taylor said: "We set the car up for the night, because we wanted a car that worked well in the cooler conditions; it's always the last couple of hours that matters.

"They [Action Express] were struggling and we were able to control the race, even after the final safety car."

Barbosa and Fittipaldi failed to follow up on their victory in the Daytona 24 Hours at the start of the season, but they were crowned USC champions after each completing 45 minutes, the minimum driving time required to score points, thanks to the paucity of entries in the Prototype class. 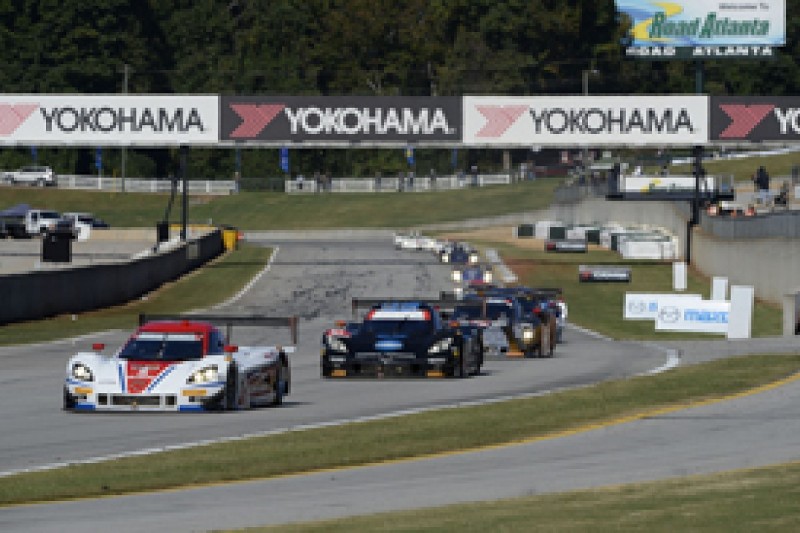 Petit Le Mans boiled down into a straight fight between the WTR Dallara and the #5 Action Express Coyote in the eighth hour when the solo Chip Ganassi Racing Riley-Ford EcoBoost DP dropped off the lead lap due to Memo Rojas pitting with a broken wheel rim after a tap from behind at the chicane.

Rojas and team-mates Scott Pruett and Scott Dixon ended up third, one lap down on the battling WTR and Action Express cars.

Fourth place went to the DeltaWing-Elan DWC13, the best result for the car in any of its configurations.

Katherine Legge, Andy Meyrick and Gabby Chaves were able to run with the leaders early in the race before losing time to a change of nose because a light failure and then gearbox issues.

The OAK Racing Ligier-HPD JSP2, the only meaningful LMP2 entry in the Prototype class, went out early after a troubled event in the hands of Alex Brundle, Gustavo Yacaman and Ho-Pin Tung, which included an engine failure in qualifying, more engine problems early in the race and then the incident with the DeltaWing that put it out of the race with suspension and steering damage.

The final yellow flag was caused by a heavy shunt involving class leader Sean Rayhall's 8Star entry, which would have been overhauled by van de Zande because it needed to make a final splash-and-dash pitstop. 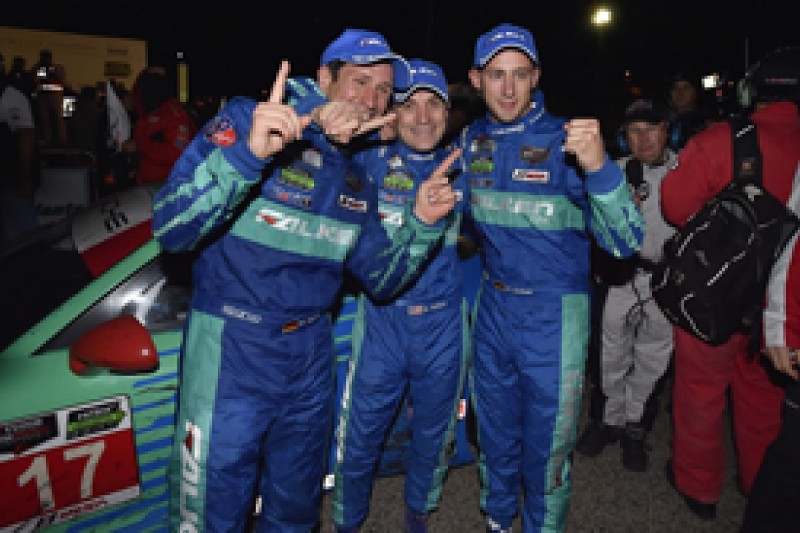 Wolf Henzler, who shared the Falken car with Bryan Sellers and Marco Holzer, looked secure at the front when the final safety car came out.

He then had to fight off Michael Christensen in the CORE-run factory car he shared with Patrick Long and Earl Bamber.

Third place for Dodge driver Kuno Wittmer was enough to claim the title in the Viper SRT GTS-R he shared with Marc Goossens and Ryan Hunter-Reay.