Tincknell has signed what has been labelled a multi-year extension to his deal with the Canadian-based organisation, which stretches back to 2016 when he joined its Ford GTE Pro squad in the World Endurance Championship.

The 28-year-old's focus for the remainder of this season will be racing one of Mazda's Daytona Prototype international RT24-Ps alongside Jonathan Bomarito in the IMSA series, which resumes at Daytona on July 4.

Tincknell is also due to return to the GTE Pro ranks at the rescheduled Le Mans 24 Hours in September with Aston Martin, which has long-standing links with Multimatic.

His programmes beyond 2020 have yet to be confirmed, but it is expected that he will continue with Mazda when the North American arm of the Japanese manufacturer confirms its participation in IMSA next year.

Multimatic Motorsport boss Larry Holt explained that his re-signing "significantly enhances our ability to take on the best in the world as our racing activities grow". 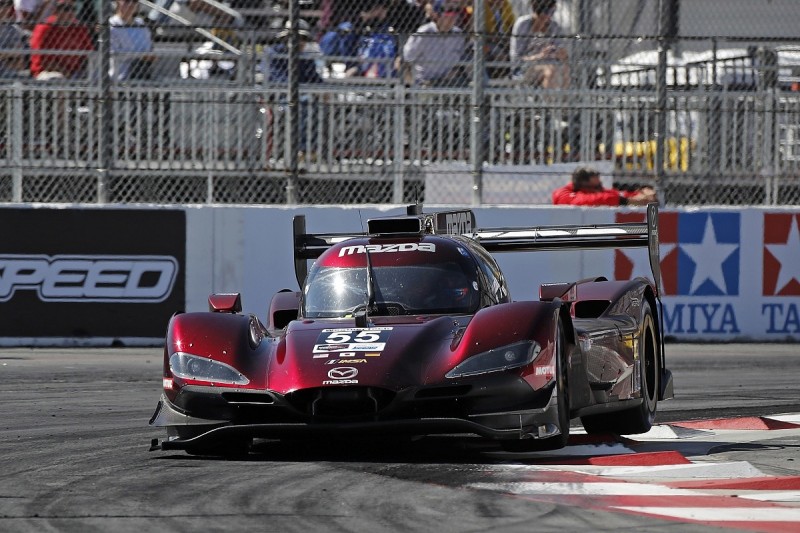 "Harry has become deeply integrated into our global motorsports programme and he played a key role in getting the Mazda DPi turned in the right direction," he said.

"He rightly won the car's first race at Watkins Glen last year, in his own inimitable style, making a bold move on [Penske Acura driver Juan Pablo] Montoya up into Turn 8, 10 seconds after I had instructed him to get it done."

Tincknell added: "Multimatic took a leap of faith when they signed me up to race the Ford GT in 2016: I had done a fair bit in sportscars at that point but never raced a GT car before.

"I grabbed that opportunity with both hands and it soon turned into a full-time, four-year, factory drive, which I loved every moment of.

"I'm really excited about what the future holds.

"The Ford GT programme really thrust Multimatic Motorsports as a race team into the spotlight, highlighting what they can do and I hope to be a part of that team for a long time to come."