The Brazilian, who shares the #22 ESM Onroak-Nissan DPi with Johannes van Overbeek and Nicolas Lapierre, retained the lead through the fifth safety car of the race just before the six-hour mark.

Derani moved to the head of the field in the second round of the IMSA SportsCar Championship after a quick-fire series of three safety cars that began just before the four-hour mark.

He emerged from the sequence in the lead and was able to pull pull away from Helio Castroneves in the #7 Penske Acura ARX-05.

The only remaining ESM entry, after its sister car went out with transmission problems following a first-lap clash, was approaching 15 seconds ahead of the #5 Action Express Racing Cadillac DPi-V.R when the safety car came out for the fifth time.

The Penske Acura was back up to second as the race went green on the six-hour mark, only for Ricky Taylor to grind to a halt with flames licking from its exhaust on the first green flag lap after the safety car.

The best of the Joest-run Mazda RT24-Ps was running third in Spencer Pigot's hands on six hours, the car he shares with Jonathan Bomarito and Harry Tincknell moving up to second when Taylor stopped. 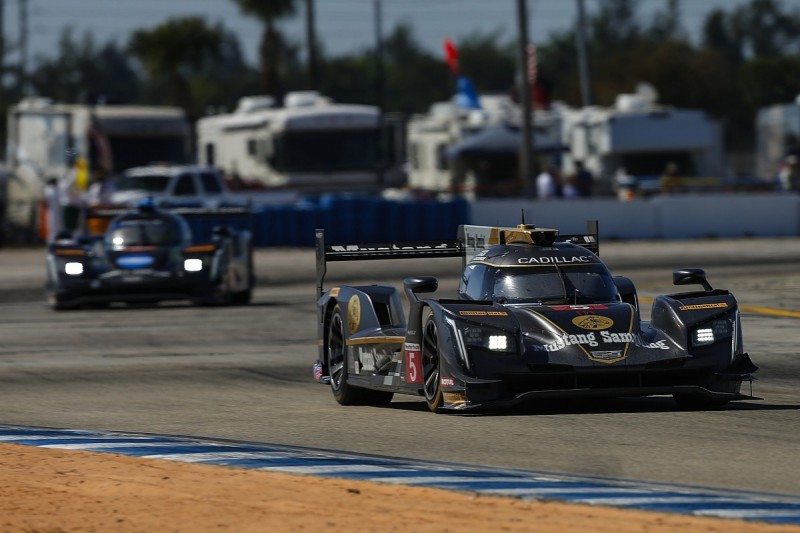 The two Action Express Racing Cadillacs were fifth and sixth with Christian Fittipaldi and Felipe Nasr.

They came into contact at Turn 10 on the first green flag lap after the safety car, with former IMSA champion Fittipaldi spinning down to eighth place.