Nick Tandy and the Porsche Penske Motorsports broke the Meyer Shank Racing Acura stranglehold on the Roar Before the 24 at Daytona in a wet session.

Mathieu Jaminet was the first driver to set a representative time in damp conditions, getting down to a 1m46.370s in the #6 Porsche 963 with just 40 minutes remaining.

He then pitted to hand off the Penske-run GTP car to Nick Tandy.

The Briton worked down into the 1m47s, and reset the session benchmark to 1min46.206s before the return of rain with half an hour to go.

The only other GTP class car to set a time in the damp was the Action Express Racing Cadillac V-LMDh, in which Pipo Derani drove for nine laps but was six seconds off the lead Porsche.

Two-time IndyCar champion Josef Newgarden bravely headed out on track as the green flag waved around 20 minutes after the first red, and his Tower Motorsports LMP2 entry cut down into the 1min56s although once he pitted and track conditions continued to improve, he was quickly displaced by Nicolas Lapierre in the PR1 Mathiasen Motorsports machine and then George Kurtz of Crowdstrike Racing by APR. 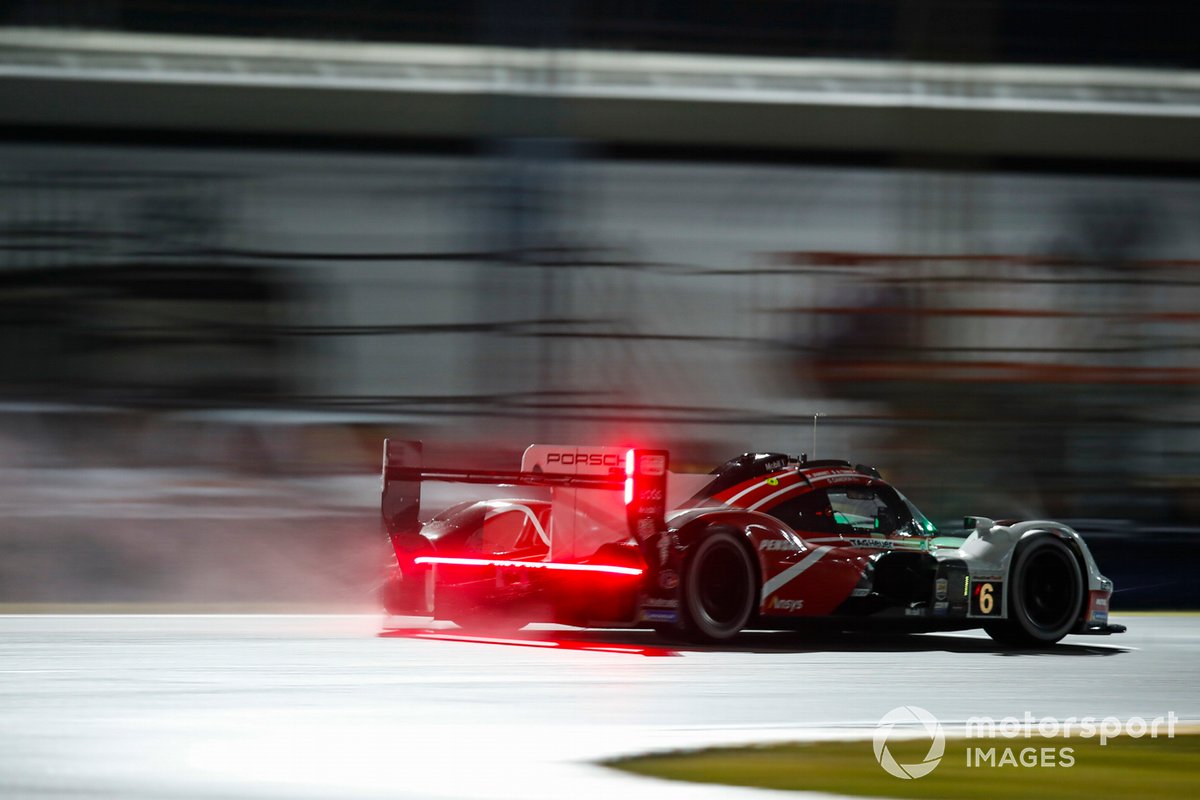 When this pair pitted, Newgarden’s team-mate Scott McLaughlin headed out once more with Lapierre’s mark at 1m55.083s, but first Job van Uitert in the #35 TDS Racing lowered the P1 target to 1m52.727s, with Ryan Dalziel of Era Motorsport second, 1.5s away.

McLaughlin chipped away at his time as he adapted to the damp conditions, and went fastest by 0.21s.

He stretched his margin over his nearest opposition – Dalziel and Matthieu Vaxiviere of AF Corse – by 0.414 and 0.49sec respectively.

However, Dalziel eventually worked down to a 1min50.756sec, 1.2sec ahead of McLaughlin.

These were the only LMP3 cars to hit the track in this session.

Antonio Garcia looked very impressive in the Corvette C8.R in the damp conditions, with a 1m58.104s, holding off Klaus Bachler in the Pfaff Motorsports Porsche 911 GT3R to the tune of half a second.

But Marvin Kirchhofer in the GTD Inception Racing McLaren 720S eclipsed that with a 1m57.353s, and Jules Gounon’s WeatherTech Racing Mercedes AMG GT3 went top of the GTD Pro cars, albeit still 0.7s off Kirchhofer.

However, with half an hour to go, Gounon landed a 1min57.084sec to lead the GTD field, just as the rain restarted.