Ferrari team Risi Competitzione will contest next weekend's final round of the IMSA SportsCar Championship season at Road Atlanta, Petit Le Mans, with James Calado returning to the line-up.

Calado will join fellow factory Ferrari GT racers Daniel Serra and Davide Rigon at the wheel of Risi's #62 Ferrari 488 GT3 Evo in the GT Daytona Pro class for the 10-hour classic on 1 October.

It marks the team's first Petit Le Mans outing since 2019, and completes its participation in this year's Michelin Endurance Cup rounds, following its appearances in the Daytona 24 Hours, Sebring 12 and 6 Hours of Watkins Glen.

Team owner Giuseppe Risi commented: “Our team has a long history at Road Atlanta for the Petit Le Mans race. Because we won in the inaugural Petit race here in 1998, it always holds a special place for me.

“Since that first outing 25 years ago, we have been on the podium, including the top step, a number of times. That certainly never gets old. We always strive for a victory, so we will look to do just that again this year.”

Calado last raced for Risi in January at Daytona, where he, Serra, Rigon and Alessandro Pier Guidi finished second in the GTD Pro class.

Serra and Rigon matched that result on the team's most recent IMSA appearance at Watkins Glen in June, putting them second in the Michelin Endurance Cup behind Corvette Racing duo Jordan Taylor and Antonio Garcia.

Risi took victory in the now-defunct GT Le Mans class on its last appearance at Petit Le Mans in 2019 with Calado, Serra and Pier Guidi sharing driving duties on that occasion.

Rigon will be making his first appearance at Road Atlanta, following on from his Watkins Glen debut. 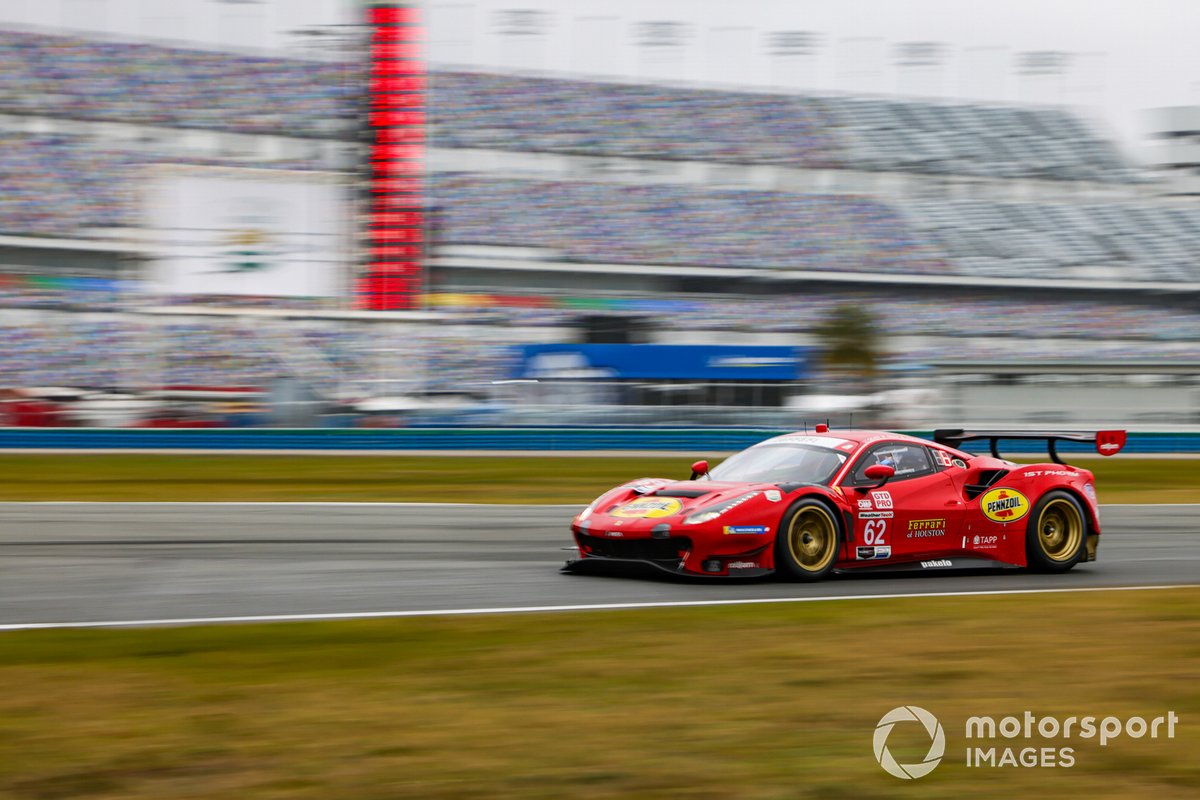 The Pfaff Motorsport Porsche of Matt Campbell and Mathieu Jaminet is certain to claim the GTD Pro title at Road Atlanta after their fifth win of the season last time out at VIR stretched their advantage to 265 points.

But there is set to be a close fight for second between the Garcia/Taylor Corvette and Ben Barnicoat's Vasser Sullivan Lexus, the Briton just 16 points behind in the car he'll share with Jack Hawksworth and IndyCar racer Kyle Kirkwood.

Meanwhile, the GTD class is headed by Heart of Racing Aston Martin driver Roman De Angelis, the Canadian having shared for much of the season with factory ace Maxime Martin.

His advantage over Stevan McAleer's Gilbert Korthoff Motorsports Mercedes is just 45 points, with Jan Heylen and Ryan Hardwick a further 12 points behind in the Wright Motorsports Porsche.