The Frenchman set the pace with a 1m13.061s aboard the MSR Ligier-Honda JSP2 LMP2 to take the top spot by four tenths of a second from the best of the SpeedSource-run Mazda Motorsports Lolas in the hands of Tristan Nunez.

Nunez was initially the better part of a second behind Pla, but set a sequence of laps aboard his Lola-Mazda B12/80 to end up on a 1m13.520s.

Pla, who was quickest in every session of free practice leading up to qualifying, said: "That was more or less what I was expecting, because the car has been very competitive from the beginning and we have been improving it every session.

"I love the American tracks and feel very comfortable here."

Third place went to the best of the Daytona Prototypes in the hands of Dane Cameron.

The American, who leads the Prototype standings with team-mate Eric Curran, finished the session eight tenths down on Pla with a 1m13.903s aboard his Action Express Coyote-Chevrolet Corvette DP.

The second Lola-Mazda ended up fourth in the hands of Tom Long, while Christian Fittipaldi was fifth in the second of the Action Express Coyotes. 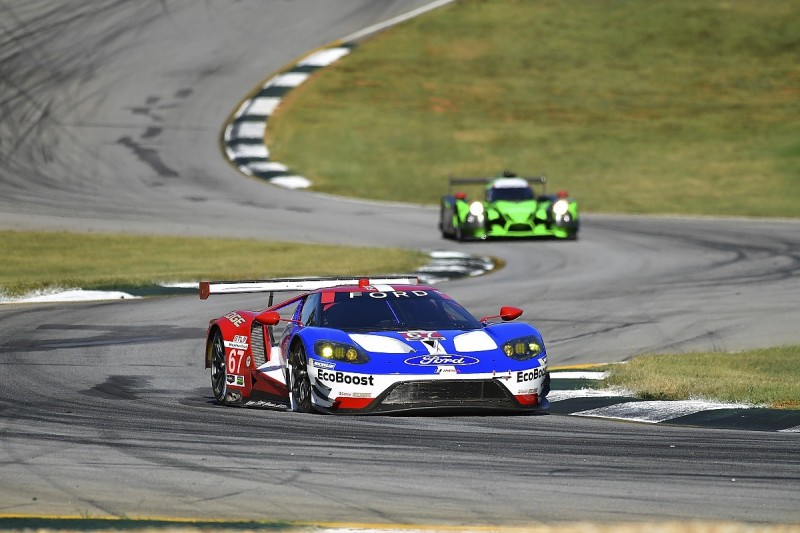 The Briton, who lies second in the points with team-mate Ryan Briscoe, posted a 1m18.131s in his Ganassi Ford GT to end up just over a tenth clear of Chevrolet Corvette driver Antonio Garcia.

The Spaniard's 1m18.283 put him a tenth up of Risi Ferrari driver Toni Vilander in third place.

Tommy Milner, who leads the standings with team-mate Oliver Gavin by 11 points, ended up only seventh in the second Corvette, albeit with a time less than four seconds off the pace.

Pole in the one-make Prototype Challenge class went to Robert Alon in the PR1/Mathiasen ORECA-Chevrolet FLM09.

His 1m16.411s lap put him six hundredths up on Alex Popow in the best of the Starworks entries.

Nissan back to front-line prototypes with Extreme Speed IMSA deal