Mazda won its final race before bowing out of the IMSA SportsCar Championship at Petit Le Mans, while Felipe Nasr and Pipo Derani secured the title for Action Express Racing.

Despite losing three laps to a misfire before half distance, Harry Tincknell, Oliver Jarvis and Jonathan Bomarito recovered strongly in the Multimatic-run Mazda to win by 3.297 seconds after 10 hours of racing, with second enough for Action Express as Nasr fended off title rival Ricky Taylor in the Wayne Taylor Racing Acura.

After taking four fresh tyres at his final stop, compared to the rears-only given to the Cadillac Nasr shared with Derani and World Endurance Championship winner Mike Conway, Tincknell made the pass for the win with 22 minutes to go when ex-Sauber Formula 1 driver Nasr was held up by GT traffic at Turn 6.

The Briton pounced up the inside at Turn 7 and boxed the Cadillac in behind another GT car, leaving Nasr to nervously watch his mirrors as Taylor closed in.

Knowing that whoever finished ahead would win the championship, the battle was high-stakes as Nasr and Taylor chased Tincknell through traffic.

Taylor, sharing with full-season co-driver Filipe Albuquerque and third driver Alexander Rossi, made a late lunge down the inside approaching the Turn 10 chicane on the final lap as Nasr moved left to block, and darted straight on over the grass and gravel. As the defending champion rejoined the track, 2018 champion Nasr regained his runner-up spot and so sealed his second title on his final race for the team, ahead of an anticipated move to join the Porsche LMDh project. 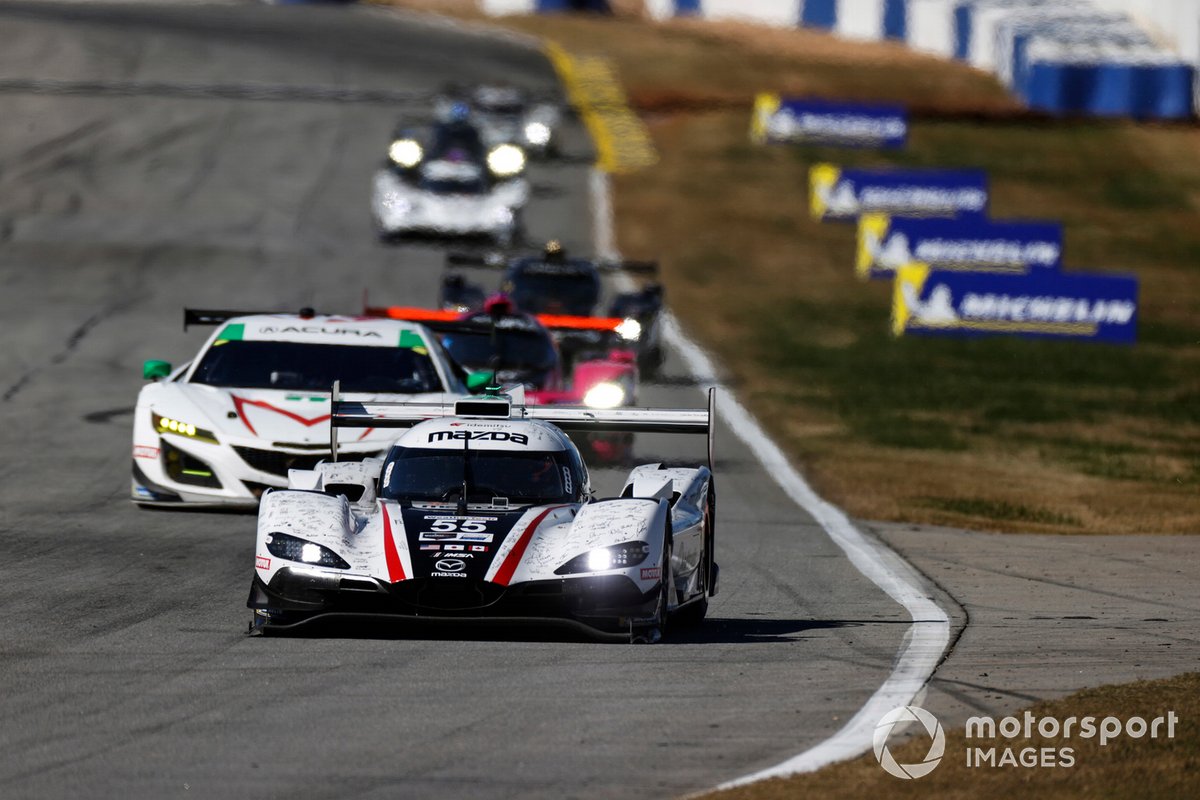 Two-time Le Mans winner Bamber had an eventful debut, being hit by Loic Duval in the JDC Miller Cadillac which tore off part of the Ganassi car’s rear wing and fender. That required him to make two pit visits under the resulting caution.

The JDC Miller car, in which Sebastien Bourdais had led at the two hour mark, later retired with a fractured exhaust manifold, while another car that featured strongly - the Meyer Shank Racing Acura in which Dane Cameron, Juan Pablo Montoya and Helio Castroneves had led at intervals - also retired with floor damage.

In the swansong of the GTLM class before it is replaced by GTD Pro in 2022, the Proton Competition-run WeatherTech Racing Porsche team scored a 1-2 finish as Corvette's challenge faded. 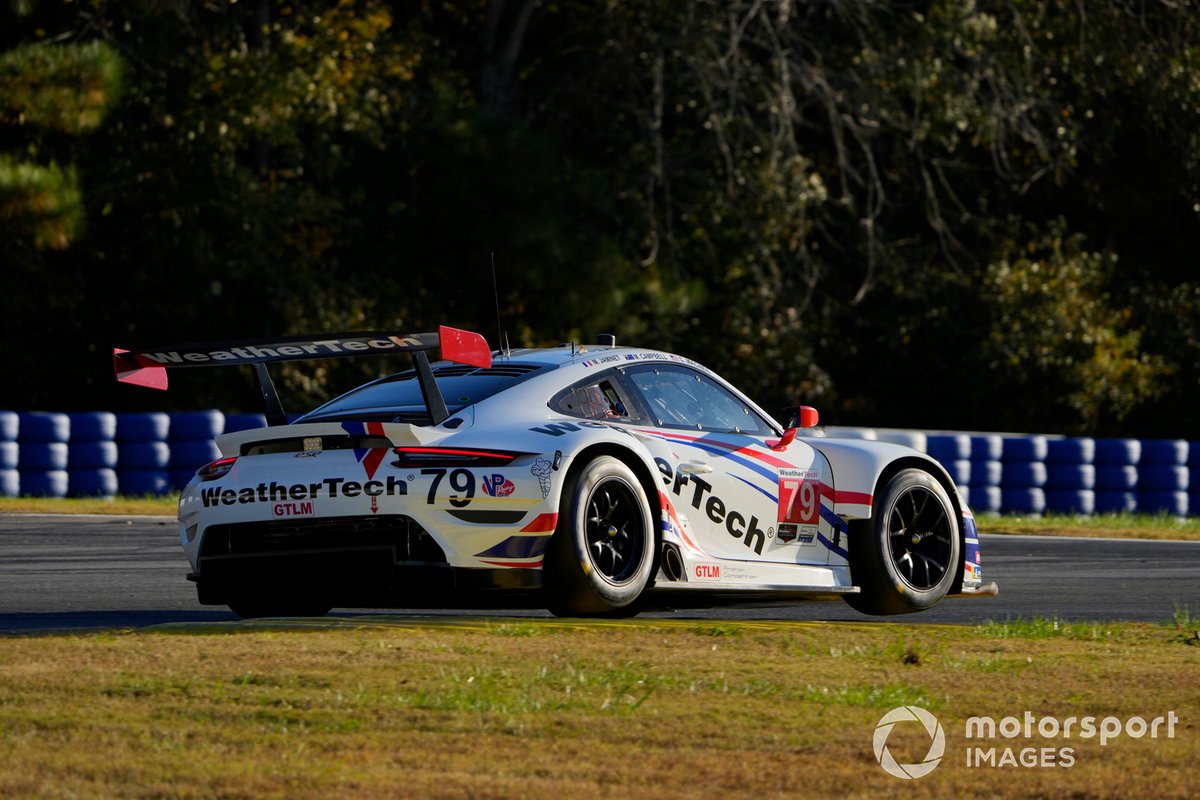 The GTLM title-winning #3 Corvette of Jordan Taylor and Antonio Garcia with the former at the wheel was embroiled in a multi-car GT pileup at mid-distance, which left the #4 entry of Nick Tandy, Tommy Milner and Alexander Sims as its only contender.

Into the closing stages, the all-factory lineup of Kevin Estre, Michael Christensen and Fred Makowiecki - which had recovered from a left-rear puncture with Makowiecki at the wheel - had emerged in the lead ahead of Tandy and the full-season WeatherTech Porsche Mathieu Jaminet shared with Matt Campbell and Silver driver Cooper MacNeil.

Jaminet had fallen away from Tandy’s tail in the penultimate stint, leaving Augusto Farfus’ BMW M8 as his primary chaser, but Jaminet reclaimed third following the final round of pitstops.

The Frenchman then inherited second when, with 10 minutes to go, Tandy had contact with the leading Mazda which broke the car’s right-front suspension. Estre then eased off the gas to allow the full-season sister entry to take a third win of the year.

The GTD field was hugely depleted by the pileup that included Taylor's GTE Corvette, with six cars eliminated four hours into the race.

Gunn, who shared with de Angelis and James, had the measure of Vanthoor in the closing stages and won by a comfortable 7.857 seconds, with Zach Veach, Frankie Montecalvo and Robert Megennis third in the sole remaining Vasser Sullivan Racing Lexus. 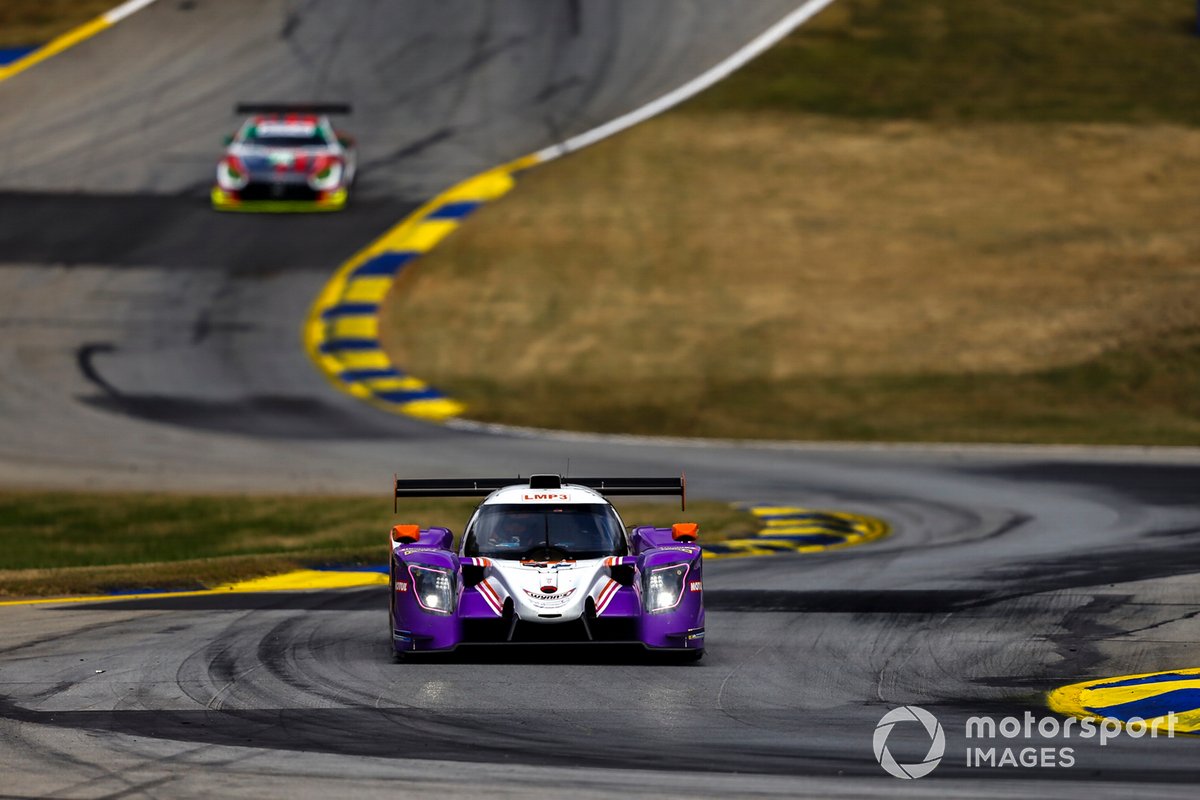 In LMP2, the championship-winning PR1 Mathiasen Motorsport ORECA looked on course for victory as 2022 Peugeot Le Mans Hypercar signing Mikkel Jensen put in a brilliant couple of stints aboard the car he shared with Ben Keating and Scott Huffaker. But in the final 10 minutes, he was hunted down by Gabriel Aubry's Tower Motorsport example, the Frenchman moving past to claim victory in the car he shared with John Farrano and James French.