Roger Penske hopes his current IndyCar drivers will be part of the team's endurance line-ups when the Porsche LMDh programme starts in the World Endurance Championship and the IMSA SportsCar Championship in 2023.

At this year’s Indianapolis 500, Will Power, Josef Newgarden, Simon Pagenaud and Scott McLaughlin were asked if they would be interested in racing for Porsche Penske Motorsport at the big endurance events in 2023. All four answered with a resounding and immediate ‘yes’ and Penske has now said he hopes that will be the case.

How many of the current quartet would be available is still open to question, however, as Newgarden, Power and McLaughlin have all been signed up for multi-year deals with the IndyCar team whereas Pagenaud has not yet been re-signed. However, when quizzed about whether the 2016 champion and 2019 Indy 500 winner would race for the team beyond this season, Penske replied, “I hope so.”

He said that running four cars in 2022 “is the plan right now”, and on the subject of whether that could continue into ’23, once there are likely to be two Penske-run Porsche prototypes competing in WEC and two in IMSA, The Captain replied: “Well we’re not running in Australia [Supercars] now, so that’s what gave us the chance to put a programme together with Porsche. In IndyCar, we run four cars and we can run more or we can run less.

“We’re at four [IndyCars] now, based on sponsorship, but certainly with three – with the right drivers and the right execution – we can find success, deliver what’s expected. But right now we have the manpower for four.”

One theory that would appear to make sense, should Penske cut back to three IndyCars, would be to retain Pagenaud as a development driver for the Porsche LMDh project, and also run him in an extra IndyCar at the Indy 500, a race in which the Frenchman and his race engineer Ben Bretzman have often come up with the best-handling of the Penske entries since they joined the team in 2015. 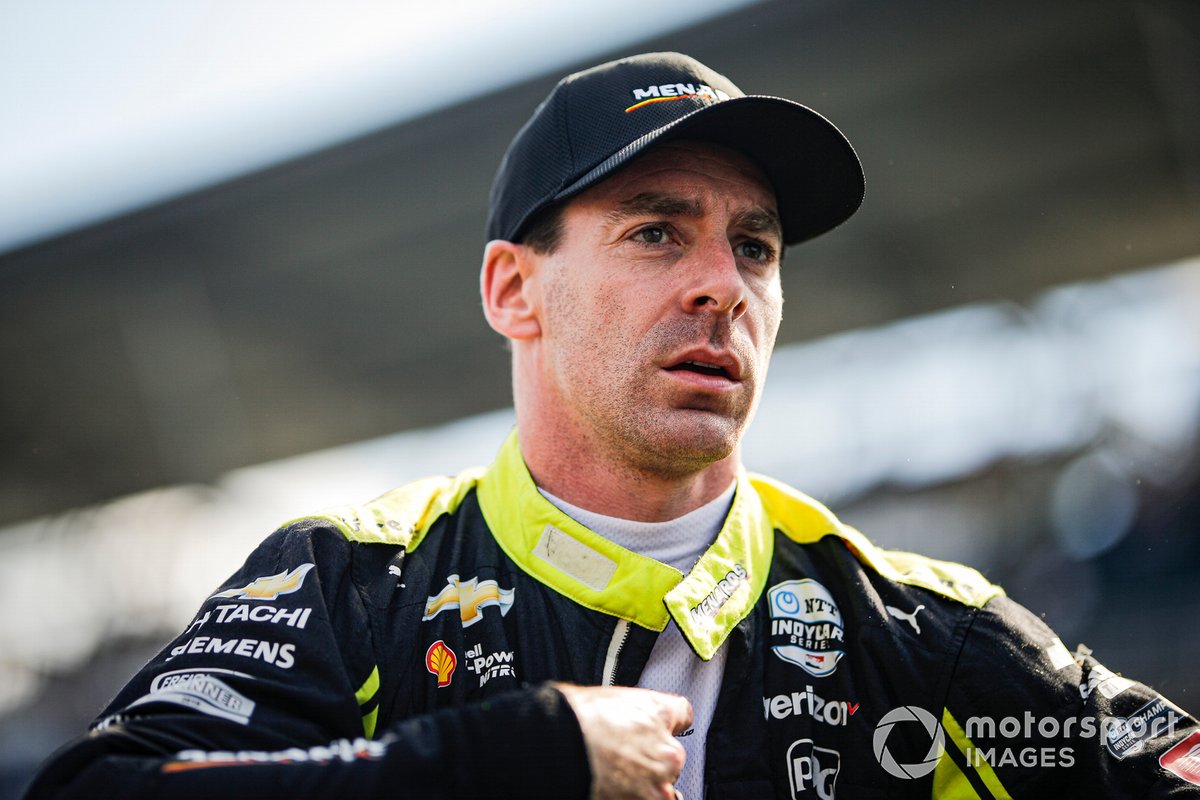 Pagenaud has a victory-rich history of sportscar racing, too, scoring 10 wins in Prototypes in the American Le Mans Series and three in the Le Mans Series with Peugeot.

Pushed on whether he would like Pagenaud to work on the Porsche programme, Penske said: “I can’t comment on the driver line-up if you think about the number of drivers we’re going to have to engage with in 2023. He certainly is experienced in that field, and did a good job for us on the Acura side.

“But whoever [IndyCar drivers] we’ve got sitting here this weekend I think would love to drive in either series [IMSA and WEC] at some point. I certainly would hope that based on requirements we would certainly look to those guys and I think they would qualify, under our joint leadership with Porsche, as candidates.

“You look at what [Ryan] Hunter-Reay has done, what [Alexander] Rossi has done. They’ve been terrific in the long-distance races. So I don’t think there’s any question we would be looking within our team for those long-distance ones.”

Penske said that regarding the running of the Porsches in both the World Endurance Championship and the IMSA SportsCar Championship, the team is “in the process of looking at personnel, how we’ll set up a base in Germany.

“The good news is we had a team with Acura [in IMSA] for three years and a lot of those people are still with us. They’ll be the backbone. Then of course we’ll have input from Porsche themselves where they have some very good people they’ve offered to us, to put on the team.”

Asked if that also applied to driver selection, too, whereby Porsche gets to pick some drivers, and Team Penske gets to pick some drivers – as is believed to be the case in the Acura partnership – Penske said: “This isn’t a card game, where one guy puts a card down, then the other one puts a card down. No, this is strictly sitting down and looking at every driver and amongst all of them try to have the best available.”

He later expanded on the theme of how the transatlantic relationship will work between the WEC and IMSA teams, stating: “Porsche Penske Motorsport will be one organisation, not two. We’ll utilise whatever support, be it individuals or tools, that we need to be successful.

“With two different organisations, it’s always tough, but when they’re the same people and can work on both sides, both different series, we really need them to have that flexibility.

“We’ll have one person overseeing the programme but we’ll certainly have a general manager in Europe that will be managing our location, and we’ll have people going back and forth. We’ll have people from Germany working in the U.S. and vice-versa.”