In the #31 car shared with Eric Curran and Pipo Derani, Nasr held off Jordan Taylor's #10 Wayne Taylor Racing Cadillac during the final restart.

It marked the closest-ever finish in Sebring 12 Hours history - with just 1.030 seconds splitting the two leading cars at the flag - as well as Derani's third win at the Florida venue in four years.

The same trio had led the Daytona 24 Hours, before Nasr ran wide at Turn 1 and opened the door for Fernando Alonso to take the lead, shortly before a red flag ended the race.

"After Daytona, that was a bit of a bitter result, we had that race under control for so long and we came so close," Nasr told Autosport.

"In Sebring the aim was to get the win no matter what, and what was super-impressive was the first time we hit the track this weekend the car felt really good.

"Pipo drove an amazing beginning of the race in the rain, it was outstanding.

"I didn't see anyone with his pace in the rain.

"Eric as well, fantastic job to keep the car in the lead."

Derani said he was dumbfounded by how well the 12 Hours had gone for Action Express.

"I'm speechless at how this race was executed," he told Autosport.

"Everything was perfect from the beginning to the end.

"It was one of those days you have to thank God for but it's not always [like this]." 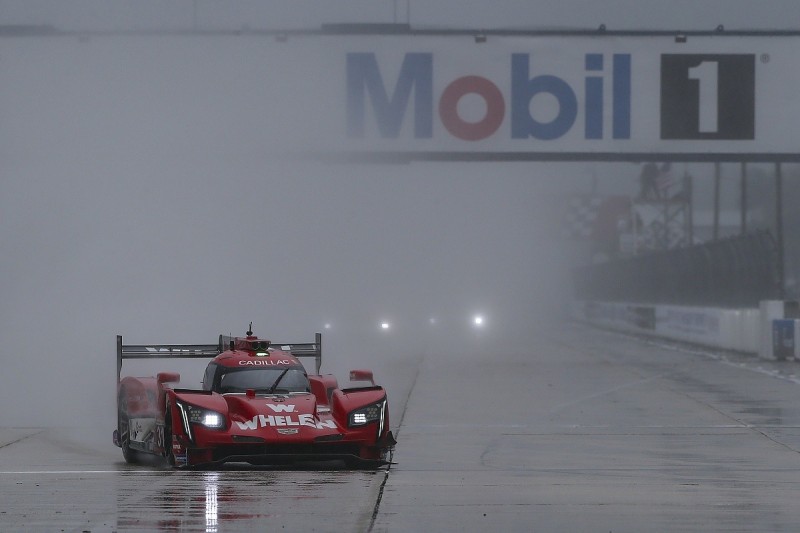 Asked about the final restart, during which Taylor closed to within a second of the #31 Cadillac, Nasr expressed frustration with the lapped CORE autosport Nissan of Colin Braun.

"I want to say that Colin Braun didn't respect the race leaders at all," said the Brazilian.

"At that point I had a four-second lead when I ran into him and he didn't open up.

"I was disappointed with him for doing that, and it made Taylor come back in the race.

"The final restart was on a knife-edge. I gave everything I had in the car."