European Formula 3 champion Norris, who will perform F1 reserve duties for McLaren this year, will share one of United Autosport's Ligier JSP217 prototypes with Alonso and Phil Hanson in the endurance race, which takes place later this month.

McLaren executive director Zak Brown said previously that comparisons between the two will be inevitable.

"It is a good opportunity for me to learn from him [Alonso] and one I can't let go to waste," said Norris.

"But at the same time I'd like to prove what I can do to him, especially in the qualifying runs or whatever.

"Daytona is a team [event], so at some point I am going to have to switch and work together.

"We are not going against each other, but of course I'd like to say it is going to be a bit of a competition over who will do a better job over the practice and qualifying runs.

"And whoever does the best, has done the best.

"It is a good opportunity for me to learn, not just from him, but about everything and hopefully continue it into the category where I am." 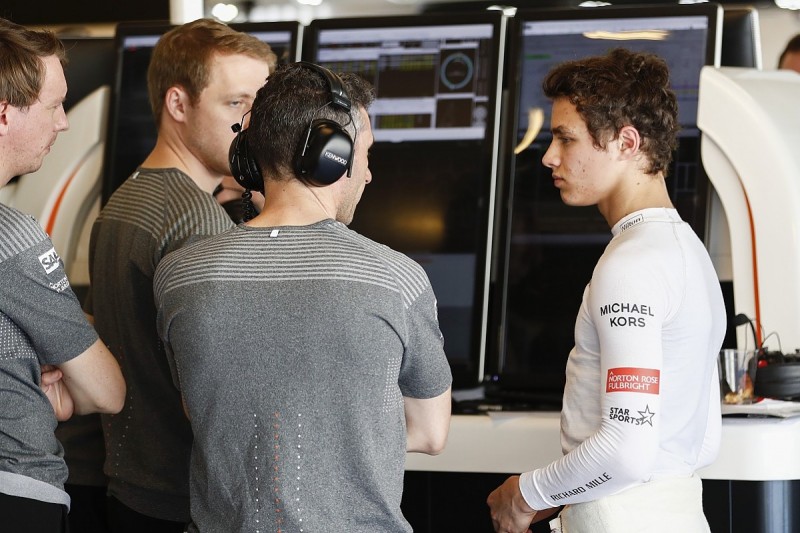 Norris said he has not spent much time with Alonso but expects to be able to pick up some pointers at Daytona.

"I'll get to learn a bit more about the work ethic of a Formula 1 driver," said Norris.

"Even though it is a different car, he'll still want to do as well as he can, especially beat his team-mates.

"Then I think he'll work as much as he can to try and improve the car, although there'll always be a compromise as you can't change the set-up for every driver.

"Wherever I can learn, I'll try and take onboard and help me."