Driver pairings have not yet been decided for the full season, although the two cars will have DTM champion Rene Rast, as revealed by Autosport, and IndyCar driver Spencer Pigot join the roster for the endurance races.

Mazda has been testing at Daytona ahead of the season-opening 24 Hours of Daytona, as has Penske with its new Acura programme, in its first year of alliance with Joest.

Joest looked set to quit motorsport after Audi withdrew from the WEC but was convinced to join Mazda for 2018.

"It's a big part of our Mazda Prototype programme to feature drivers that have come up through the Mazda ranks, whether that's in sportscars like Tristan Nunez, or the open-wheel side of things with Bomarito and Pigot," he said.

"Working with Joest, we were also able to secure fast, winning drivers from their recent history, which makes Jarvis and Rast a good fit, as is Tincknell, who has been successful in both GT and Prototype cars.

"We ask a lot of our drivers outside the car as well, so it's great to add drivers who will fit the chemistry of what we hope to achieve as a team." 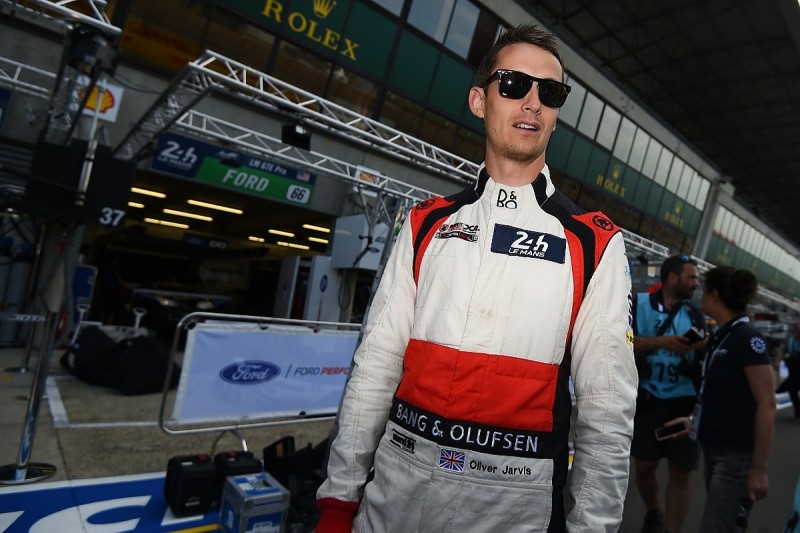 Jarvis said joining Mazda allowed him to complete a career goal of a full-time IMSA programme.

"I have followed the project closely since the launch of the stunning RT24-P and I am convinced that the project will be successful," he said.

"It was an easy decision when the opportunity arose to be part of it. Having raced in and won both the Daytona 24 Hours and Sebring 12 Hours, the IMSA championship is one I know very well.

Mazda has conducted testing at the Hockenheim in recent months, as well as a shakedown of a revised car at Donington Park.

The near-final specification has since run at Daytona, and former Nissan LMP1 driver Tincknell said the team is ready for 2018.

"I am really honoured to be able to race for Mazda Team Joest this season," he said.

"The whole Mazda team has put in so much effort and made a lot of progress in every area, and after my first test in the car, I can't wait to see how we get on at Daytona.

"The Mazda RT24-P DPi has taken huge strides over the winter and I immediately felt comfortable in the car."