Oliver Jarvis produced the day's best time with a 1m35.989s in the RT24-P in the opening session, which he led by over 0.4 seconds.

The WTR Cadillac was second in that session in the hands of Jordan Taylor.

Alonso and Kamui Kobayashi were around half a second off Taylor's best as they familiarised themselves with the Cadillac they will also share with Renger van der Zande.

Will Owen was fastest of Juncos Racing's quartet ahead of the team's first Daytona 24 Hours and grabbed sixth fastest ahead of another team running a Cadillac DPi for the first time - JDC Miller Motorsports. 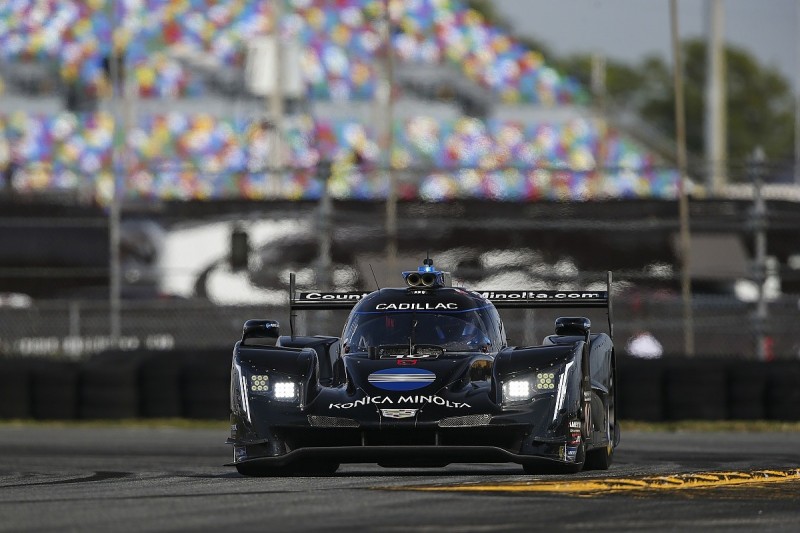 Kobayashi sent Wayne Taylor Racing to the head of the times by just 0.008s in the second session, lapping in 1m36.596s.

That was just enough to beat Jonathan Bomarito in the #55 Mazda RT24-P by a mere eight thousandths of a second, and the morning's pacesetting Mazda, this time driven by Timo Bernhard, by a quarter of a second.

Helio Castroneves was fifth in the faster of the two Acura Team Penske ARX-05s, with the Action Express Cadillacs next up in the hands of Nasr and Mike Conway.

CORE Autosport, which switched from LMP2 to DPi for 2019 to run the Nissan programme, was an encouraging eighth, less than a second off the ultimate pace, thanks to the best effort of Colin Braun.

PR1 Mathiasen Motorsports was fastest of the slender LMP2 field in both sessions, with Gabriel Aubry in the first session and Matt McMurry in the second.

Porsche had a one-two in GT Le Mans in the morning with Patrick Pilet and Earl Bamber, before Davide Rigon put Risi Competizione's Ferrari on top later on.

Jeroen Bleekemolen was fastest in GT Daytona in both sessions in the team's Riley Motorsports Mercedes-AMG GT.