Pigot joins Bomarito and Nunez in the #55 car, while Hinchcliffe will race alongside Long and Miller in the sister #70 machine.

For Hinchcliffe, it marks a return to the event and the team for a fifth time after having to sit out last year's race following injuries sustained in the run-up to the 2015 running of the Indianapolis 500.

"It's great to be back behind the wheel at Daytona," said the IndyCar regular.

"It sucked sitting out last year's race, but my focus at the time was getting myself back in shape for the IndyCar season.

"Coming back to Mazda and SpeedSource, where I've done all of my races at Daytona, is like coming home and I can't thank Sylvain [Tremblay, SpeedSource owner] and John [Doonan, Mazda Motorsports director] enough for the chance.

"I can't wait to be working with everyone there again, to get my hands on the new car, and try and deliver a win for Mazda." 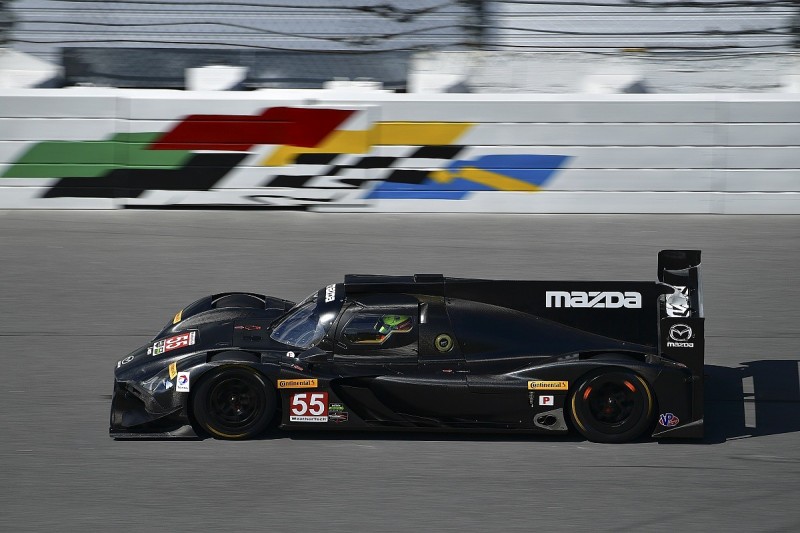 Pigot, who has secured an IndyCar road course deal with Ed Carpenter Racing, added: "I'm really looking forward to driving for Mazda again in my second Rolex 24 Hours of Daytona.

"The Mazda RT24-P is an incredible car and being able to help develop and improve the car from the very beginning has been a great experience.

"Mazda has given us a car capable of fighting for the win and I know we have the team to get the job done."