Kamui Kobayashi says he is unlikely to race in the IMSA SportsCar Championship next year as his World Endurance Championship commitments with Toyota begin taking up more of his time.

Since last year, ex-Formula 1 racer Kobayashi has combined his WEC and Super Formula duties with an assault on IMSA’s Michelin Endurance Cup aboard a second Action Express Racing Cadillac DPi-V.R alongside Jimmie Johnson and Mike Rockenfeller.

He also made a one-off GTD Pro outing at Mosport in July, when he replaced an injured Jack Hawksworth in the Vasser Sullivan Lexus RC F GT3.

Despite stating he wishes to remain in IMSA for 2023, Kobayashi - who holds a dual driver/team principal role in the Toyota WEC squad - suggested that he may have to give up driving in the US-based championship next year.

“It’s not about what I want to do, to be honest, it’s more that it’s getting busier,” Kobayashi told Autosport.

“Of course I want to do IMSA, but at the same time, my job [with Toyota] is getting busier and it’s tough to manage. It’s hard to say for sure, but IMSA seems difficult.”

Kobayashi made his IMSA debut in the 2019 Daytona 24 Hours, joining Wayne Taylor Racing on a one-off basis and taking victory alongside Fernando Alonso, Renger van der Zande and Jordan Taylor. 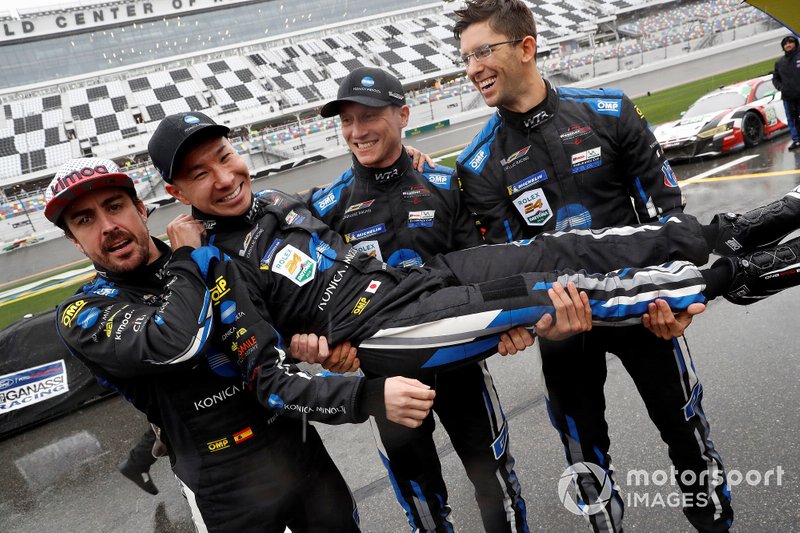 The Japanese driver returned to the team the following year and scored a second win together with van der Zande, Ryan Briscoe and Scott Dixon, but WTR’s switch from Cadillac to Acura machinery forced him to look elsewhere for 2021.

Now, Cadillac’s forthcoming entry into the WEC with its LMDh contender looks set to preclude Kobayashi from continuing his relationship with the GM marque.

Asked if more outings with Vasser Sullivan could provide a way for him to remain involved in IMSA, Kobayashi admitted his lack of GT3 experience would be a hindrance.

“If you drive these cars all the time you can jump in with no practice and be fast, but I’m not an expert in GT3, so I need more time to practice, which takes even more time.

“That’s the biggest problem. So it makes staying in IMSA even more difficult.”