The track was dry as qualifying began, but rain was falling to make conditions extra sketchy.

But Bourdais wouldn’t be denied, the Frenchman unleashing a 1m10.439s to usurp Albuquerque by 0.222s and snare pole in the Cadillac DPi-V.R he'll share with Renger van der Zande.

Patrick Kelly took LMP2 pole for PR1 Mathiasen Motorsports on 1m14.340s, ahead of the sister team car of Steven Thomas, who escaped a wild early spin. 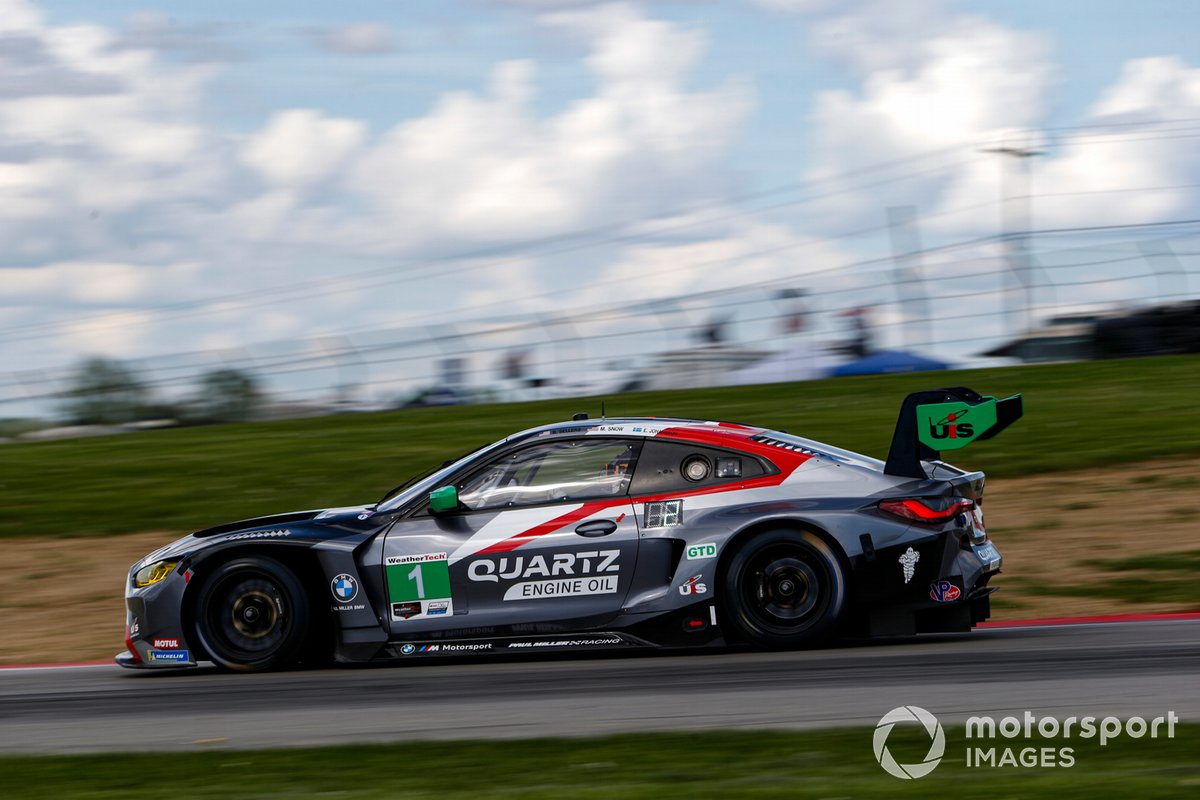 In GTD, where there is no Pro class this weekend, the track was damp at the start but dried out quickly.