In the more hotly-contested GTD category, Roman De Angeles and Ross Gunn combined to take an impressive second victory of the season aboard their Heart Of Racing Aston Martin Vantage GT3.

Tommy Milner and Nick Tandy ensured another sweep of the top two GTLM position for the Corvette C8.R by taking second place behind Taylor and Garcia, although the story might have been rather different had a local lightning strike not brought about a red-flag interruption with an hour and 10 minutes remaining.

The Proton Competition Porsche of Cooper MacNeil and Mathieu Jaminet had been closing in when the red flag was shown but was unable to capitalise when time expired before the race could be resumed.

Jaminet had to be content with third place a new race lap record, eclipsing the standard set in 2019 by fellow countryman Patrick Pilet.

In the GTD class, the youngest driver in the field, 20-year-old Canadian De Angelis, produced an impressive lap in qualifying on Friday to secure his first-ever IMSA pole position. He then took off confidently into the lead of the Saturday afternoon race which was scheduled to run for two hours and 40 minutes.

De Angelis managed to eke out a small lead over the VasserSullivan Lexus RC F GT3 of Aaron Telitz during the opening stint before handing over to Englishman Gunn with just over 45 minutes in the books. 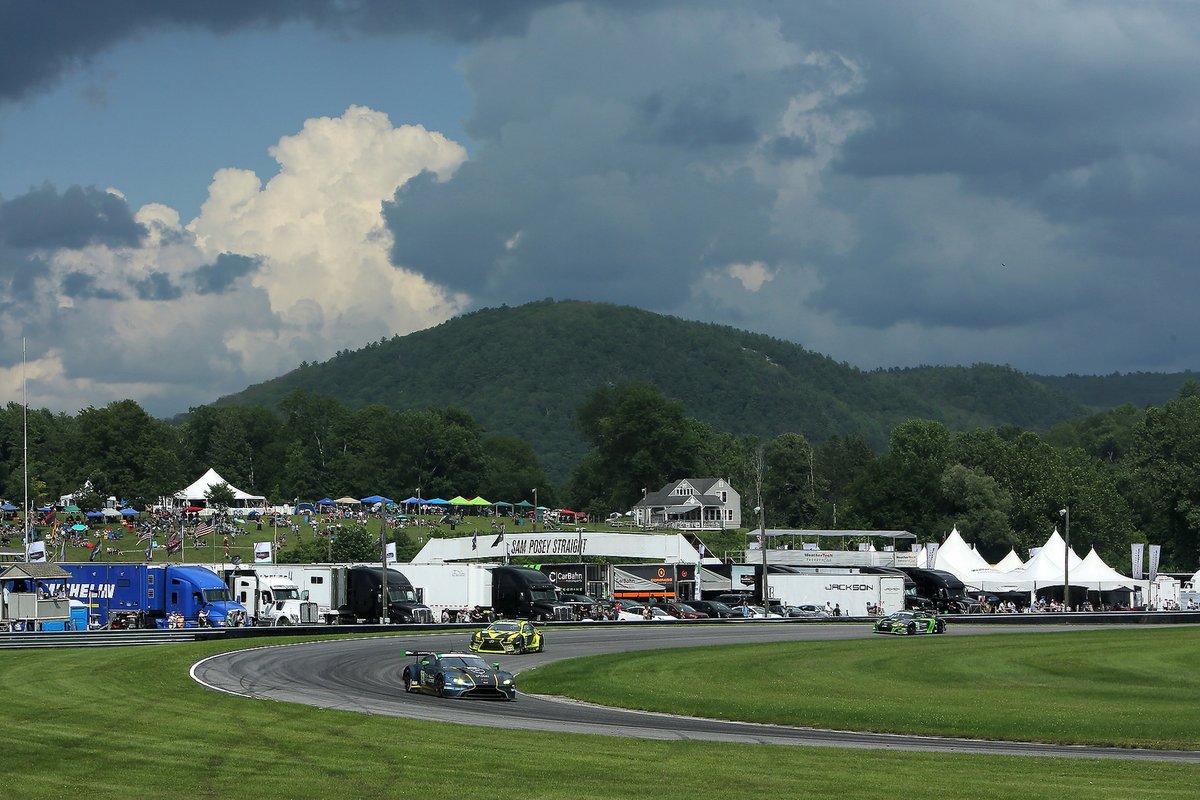 Gunn continued the good work, despite the best efforts of Madison Snow, who profited from a bold strategic call by the Paul Miller Racing Lamborghini Huracan crew which catapulted him from fifth place to second after the first round of pitstops.

The early conclusion to the race and a force majeure ruling ensured that De Angelis and Gunn won with the #1 car able to retain second even though Snow's co-driver Bryan Sellers never actually climbed aboard the Lamborghini on race day and therefore had not met the usual 45-minute minimum drive time.

The De Angelis/Gunn pairing now hold the lead in both the 'regular season' GTD championship and the WeatherTech Sprint Cup which comprises of the eight shorter races of the season.

Telitz and Englishman Jack Hawksworth had to settle for third in class their Lexus, chased home by the 2019 GTD-winning Pfaff Motorsports “plaid” Porsche shared by Canadian Zacharie Robichon and Belgium’s Laurens Vanthoor.