The starting order for next month's Daytona 24 Hours, the first round of the 2021 IMSA SportsCar Championship, will be determined by a 100-minute qualifying race

Known as the 'Motul Pole Award 100', the grid-deciding race will take place on the final day of the Roar Before the 24 test on Sunday 24 January, the weekend prior to the main event on 30-31 January.

Two drivers per car will participate in the race, which will incorporate all five classes that will be on the IMSA grid next year - DPi, LMP2, GT Le Mans, GT Daytona and new addition LMP3.

The grid for the qualifying race will be decided by a 15-minute qualifying session on Saturday 23 January, while there will also be a 20-minute warm-up session ahead of the race.

IMSA President John Doonan remarked that Daytona is "a special event that is worthy of a unique qualifying format".

"Not unlike the Daytona 500, which has set its field through the Duel At Daytona qualifying races for decades, introducing the Motul Pole Award 100 qualifying race for the Rolex 24 brings a new and exciting dynamic to the Roar," he said.

Points will be awarded for the qualifying race as part of IMSA's radically overhauled 2021 points structure, increased by a factor of 10 with 350 points instead of 35 awarded for the winner, as well as up to 35 points for regular qualifying sessions. 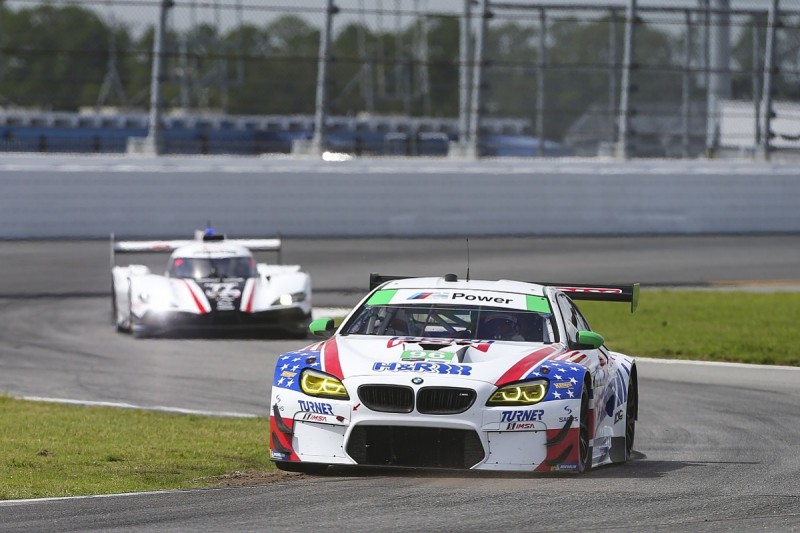 Although only two drivers will take part in the race, all of the drivers entered for a particular car in the 24 Hours itself will be credited with the points earned in qualifying.

A driver can only earn points for one car, however, so anyone hoping to pull double duty will need to choose in advance which entry they will earn qualifying points for.

After the COVID-disrupted 2020 season, the 2021 calendar has a more typical feel to it.

The Sebring 12 Hours moves back to its traditional March slot after being postponed to November this year, while Petit Le Mans resumes its end-of-season slot.

The street races at Long Beach and Detroit Belle Isle cancelled in 2020 due to the pandemic return after a year's absence, while other COVID-impacted events at Watkins Glen, Mosport and Lime Rock also have provisional calendar slots for 2021.