The 36-year-old is participating in the three-day test ahead of the Daytona race on January 27/28 and could race for Toyota in this year's Le Mans 24 Hours having tested its LMP1 car in Bahrain last November.

"Doing this race is some kind of first step in endurance championship [driving], how these races are and how much I enjoy these races," said Alonso.

"Hopefully, it's a positive answer.

"After the Daytona 24 Hours, I will have a better understanding of these championships and the Le Mans 24 Hours and the 'triple crown' is another target.

"So if I can fit in the Le Mans 24 Hours this year that I'm not doing the Indy 500, that will be great and hopefully the following year the Indy 500 can be in the plan again."

Alonso, who completed five laps during the first session of the three-day 'Roar before the Rolex 24' Daytona test on Friday, says his approach is similar to the one he took to his Indianapolis 500 debut last May.

But he is also determined to fight for victory alongside United Autosports team-mates Phil Hanson and Lando Norris should the opportunity arise. 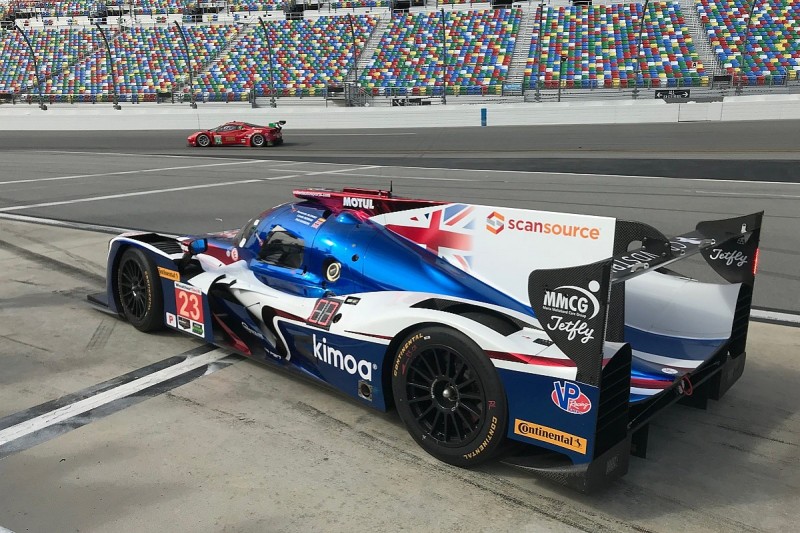 "It's more or less the same goal as Indianapolis, first of all try to learn different driving techniques, try to learn from the specialists of endurance races, try to be a better driver when the 24 hours finishes," said Alonso.

"That's quite a big challenge but I'm ready to enjoy it first of all and, as happened at Indianapolis, if you feel the opportunity, if you feel competitive you go for it."

Despite his lack of night-driving experience, Alonso is not too concerned about the challenge of driving during darkness.

But he does believe the main difficulty will be to master lapping slower traffic at night, which he has no experience of.

"It's still a question mark, but I don't have big concerns because I think the track is quite well illuminated here," he said.

"I think the traffic and the GTs at night and how to understand each other will be the main challenge for me.

"There will be nearly 12 hours of night driving here, so we'll try to figure it out."