The 2017 WEC champion set a time of 1m39.160s in Rebellion's ORECA-Gibson 07 in the first Roar Before The 24 session on Friday, in the entry he will share with Sebastien Buemi, Stephane Sarrazin and Nick Heidfeld.

Friday's running was Jani's first taste of the Daytona road course ahead of the January 28/29 race, which is the opening round of the IMSA SportsCar Championship.

"I did the track walk yesterday and I saw the steep, oval banking of the corners and I thought, 'Whoa, that looks quite steep, how do you drive next to each other on those?'" he said.

"The first few laps it was a bit strange but then you learn it.

"It was very special to be here the first time and P1 is always a good thing."

Rebellion finished the day 0.274 seconds clear of the JDC-Miller Motorsports ORECA-Gibson driven by Mathias Beche, while Wayne Taylor Racing's Cadillac DPi was third with a time set by Ricky Taylor in the morning session.

Jose Gutierrez and Nicolas Lapierre put the PR1/Mathiasen Motorsports and DragonSpeed squads in fourth and fifth places respectively, ahead of the lead Action Express Racing entry with Joao Barbosa behind the wheel. 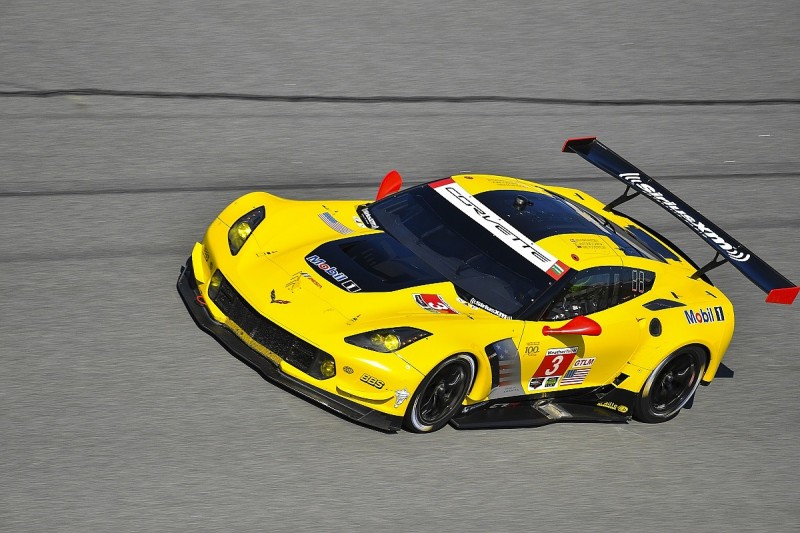 Defending Daytona winner Corvette led the way in the GT Le Mans class, thanks to a 1m44.760s lap set by Jan Magnussen.

Magnussen was followed by a trio of Ford GTs, headed by the #66 entry driven by Dirk Muller,

Testing continues with three sessions including one under lights on Saturday, although rain is forecast, and two more sessions on Sunday.