Taylor set the fastest time of the test so far with a 1m39.181s in cool, sunny conditions in the morning.

"It's always tricky here because conditions at Daytona change so much from when it's cool to when it's hot," said Taylor, who shares the car with older brother Ricky and veteran Max Angelelli.

"It really makes a big difference. We seem to be good in the cool, so we're working on making the car better when it's warmer. I think we're making progress."

His team-mate AJ Allmendinger also shone in the afternoon session, setting the fastest time at 1m39.418s, a scant 0.027s ahead of the Action Express Racing Coyote Corvette DP of Joao Barbosa, Christian Fittipaldi and Sebastien Bourdais.

Bourdais was also the pacesetter during the evening's 90-minute night practice with a 1m39.310s set during the closing minutes. 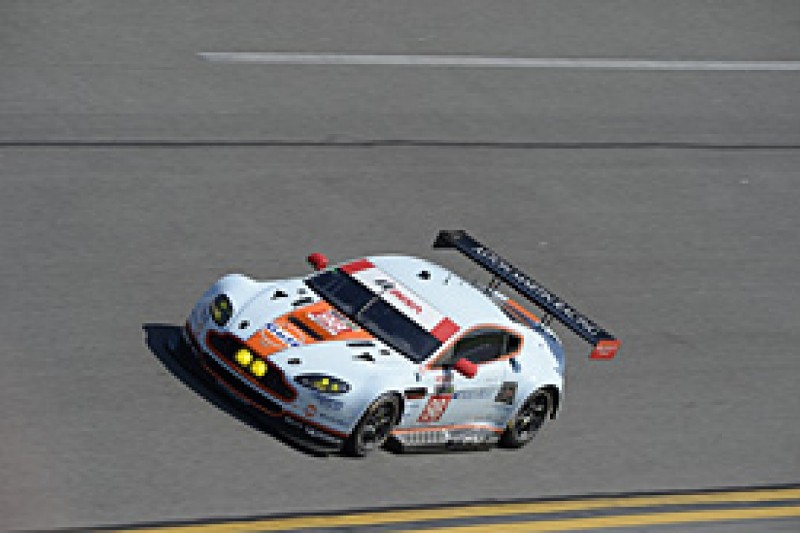 GB Autosport team-mates Kuba Giermaziak and Damien Faulkner set almost identical times to lead the way in GTD in the morning in their Porsche 911 GT Americas, only for Austrian Christopher Zoechling to eclipse them both - by half a tenth - with a time of 1m47.495s in the evening aboard veteran Franz Konrad's similar car.

The day was punctuated by several accidents. The most dramatic was suffered by Fifty Plus Racing team owner Bryon DeFoor, whose Highway to Help Riley-Dinan/BMW spun and then rolled directly in front of the pits due to a suspected slow puncture.

The rapid DeltaWing DWC13 also was damaged when new recruit Memo Rojas lost control at the kink and pirouetted into the retaining wall.

One of the fancied GTLM cars, the #51 AF Corse Ferrari 458 Italia, was the other significant casualty, sustaining major damage when gentleman driver Christian Perrodo lost control at the exit of the Bus Stop chicane. None of the drivers was injured.

The test will conclude on Sunday with rain in the forecast.