The Brazilian, who claimed pole position for the race last season, jumped to the top of the timesheets late in the opening 90-minute session with a 1m54.807s that stood as the fastest time ahead of qualifying.

The time moved Negri ahead of Toni Vilander in the Risi Competizione GT Le Mans class Ferrari 488 GTE, which ended up on a 1m55.078s.

Michelin-shod GTLM cars filled out the next seven spots in the opening session.

The second best prototype, the Nissan-powered BR Engineering BR01 with Mikhail Aleshin, ended up ninth with a time a second and a half off Negri's pace. 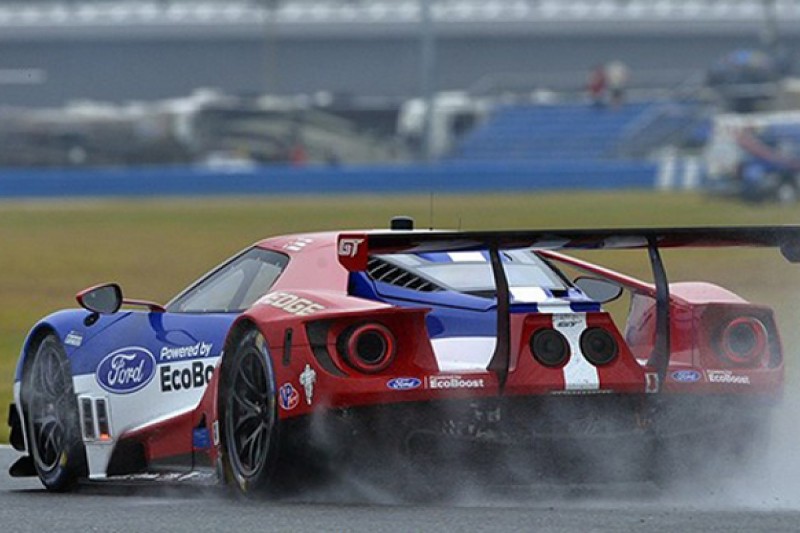 Joey Hand went fastest in his Chip Ganassi Racing Ford GT with a 1m56.024s, which put him three tenths up on the Risi car with Giancarlo Fisichella at the wheel.

Maxime Martin ended up fastest in the GT Daytona class with a 2m01.948s set in the second session aboard one of the Turner Motorsports BMW M6 GT3s.

The quickest Prototype Challenge time was set by Ryan Lewis in the opening session at the wheel of the second BAR1 Motorsports ORECA-Chevrolet FLM09.

BMW pays homage to its history with 2016 IMSA SportsCar liveries