Former Formula 1 driver Felipe Nasr was fastest on the second day of the pre-Daytona 24 Hours 'Roar' test, while Fernando Alonso made his night driving debut

Driving the #31 Action Express Cadillac DPi, Nasr posted the best time of the test so far in the second of Saturday's three sessions with a 1m36.973s and was also quickest in the 90-minute night session at the end of the day.

Cadillac continued to dominate the timesheets, with the quartet of teams running the car locking out the top four.

IndyCar ace Ryan Hunter-Reay set the second-fastest time of the day overall in the second session with a lap of 1m37.056s.

In the morning, team-mate Jordan Taylor had set the pace in the #10 Wayne Taylor Racing Cadillac that they share with Renger van der Zande.

Eddie Cheever III was third fastest overall in the #90 Spirit of Daytona Cadillac thanks to his time set in the second session.

Christian Fittipaldi completed the Cadillac supremacy in fourth overall in the #5 Action Express entry, also setting his time in the second session.

The quickest outside of the Cadillac ranks on the day was Alex Brundle in the Jota-run #78 Jackie Chan DC Racing ORECA.

He set a best time of 1m37.510s during the second session, which proved to be 0.027s quicker than the #54 Core Autosport ORECA of Romain Dumas - although that car set a faster time overall during Friday's running. 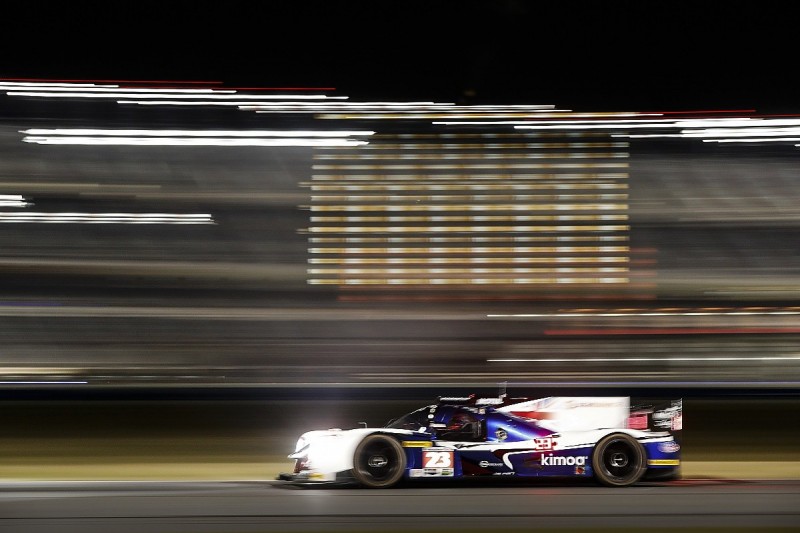 Alonso completed 13 laps during the early stages of the evening session on his first taste of running at night, posting a best time of 1m39.857s.

He then handed over the United Autosports Ligier JSP217 to team-mate Phil Hanson, with Lando Norris later claiming the car's quickest lap of the night with a 1m38.531s.

Chip Ganassi Racing Ford GT driver Sebastien Bourdais set the pace in GTLM with his 1m43.798s during the evening session, with Ryan Briscoe giving it a one-two for the day thanks to his afternoon pace.

In GTD, Matteo Cairoli's 1m47.125s set in the morning in the #59 Manthey Racing Porsche was the best of the day.