The German team's GT Daytona class Audi R8 LMS driven by Dries Vanthoor, Christopher Mies, Daniel Morad and Ricky Feller has been penalised for a drive-time infringement and dropped to the back of the field.

Feller did not meet the minimum time for a bronze or silver-rated driver competing in the pro-am GTD class in the IMSA SportsCar Championship opener.

This was originally four hours and 45 minutes, but was reduced by a commensurate amount as the result of the event's two red flags.

The Audi was leading the class when Morad spun shortly before the race was red-flagged for the second time on 22 hours and not restarted.

The penalty elevates the #12 AIM Vasser Sullivan Lexus RC F GT3 to second and the WRT Audi to third position. 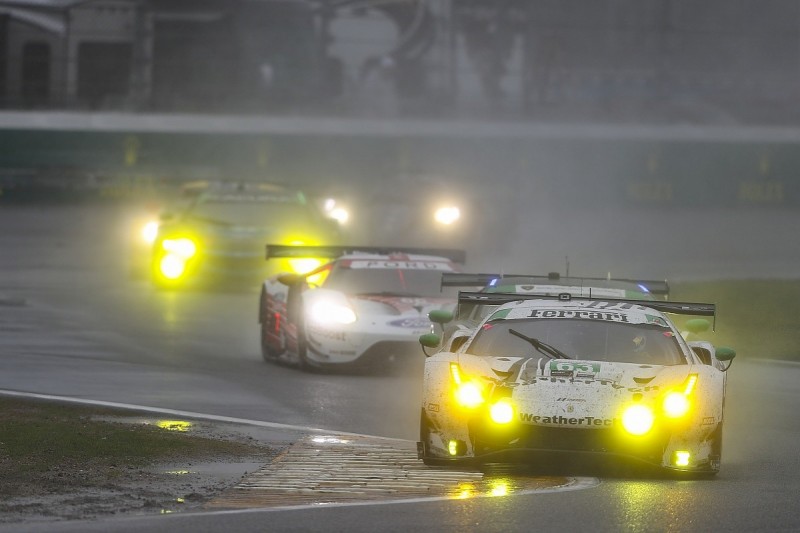 Vilander did not meet the so-called 'base-time' minimum, which was originally three and a half hours.

The Land Audi and the Scuderia Corsa Ferrari have been classified to 22nd and 23rd positions behind all non-finishers in class.

Wayne Taylor Racing, which won this year's race, lost third place overall at Daytona for a drive-time infringement in 2015.

Jordan Taylor drove the team's Dallara-Chevrolet Corvette DP for more than the permitted four hours in any six-hour period at the end of the race.