Filipe Albuquerque led the opening round of the IMSA SportsCar Championship aboard the #5 Action Express Racing after moving to the top of the leaderboard in wet conditions just before the six-hour mark.

The Portuguese driver on wet-weather tyres overtook Jordan Taylor's slick-shod Cadillac shortly before the erstwhile leader came into the pits for grooved rubber.

That gave Albuquerque a lead of eight seconds ahead of Mike Conway, while Taylor dropped to third.

Best of the rest in fourth place was the Extreme Speed Motorsports Ligier-Onroak DPi in the hands of Bruno Senna.

The majority of the new cars fighting it out in the Prototype class had encountered problems of differing severity. 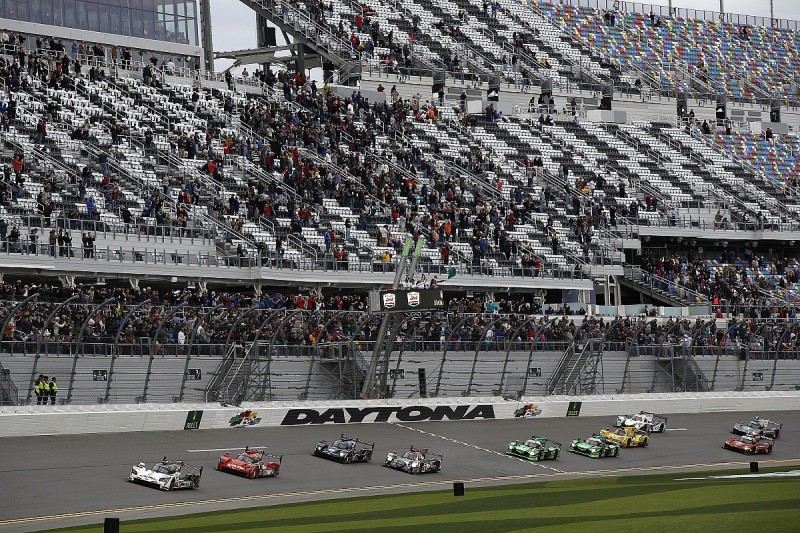 The leading Cadillac lost time when a problem with the rear lights forced a change of the rear tail section, while a problem re-starting the car hit the sister entry.

The best of the LMP2 contenders, Rebellion Racing's ORECA-Gibson 07, lost time with a problem with its fly-by-wire throttle early in the race while running in fourth behind the Cadillacs.

The Mazda DPis were running in 12th and 42nd positions after enduring a series of problems.

Porsche led the GT Le Mans class with Kevin Estre aboard the best-placed of the factory 911 RSRs.

The Frenchman moved to the top of the class standings ahead of the #66 Chip Ganassi Ford, which had led the class for much of the race so far.