Porsche factory driver Matt Campbell says he would prefer an IMSA SportsCar Championship programme in 2023 to racing the marque's new 963 LMDh in the World Endurance Championship.

The Australian has been named as part of an eight-strong driver line-up for Porsche's latest prototype programme, which will be run by Porsche Penske Motorsport.

The programme will span both the WEC and IMSA from 2023 onwards, with firm details on who will race where yet to be locked in.

Although the drivers are yet to be told in which series they will race, Campbell says he has a clear preference – and that is an IMSA programme paired with current IMSA GTD Pro team-mate Jaminet, the pair having claimed class spoils in the season-opening Daytona 24 Hours together with Nasr.

"It isn't announced yet and I still don't know as well," he said.

"For me, I'd prefer to have the seat in IMSA, especially with Mathieu. It's only two drivers in IMSA compared to three in WEC and me and Mathieu have done everything in the last two or three years. So for me, our relationship and partnership in the car is really, really strong.

"And also I love the racing style in the US. It's proper old school, similar to what I know from home in Australia. I prefer that.

"I've been in WEC for four years, since I joined the Porsche young professional programme, and have really enjoyed. it. But I must say I'm really loving the US style and racing.

"Hopefully I'll find out in the next couple of months or so." 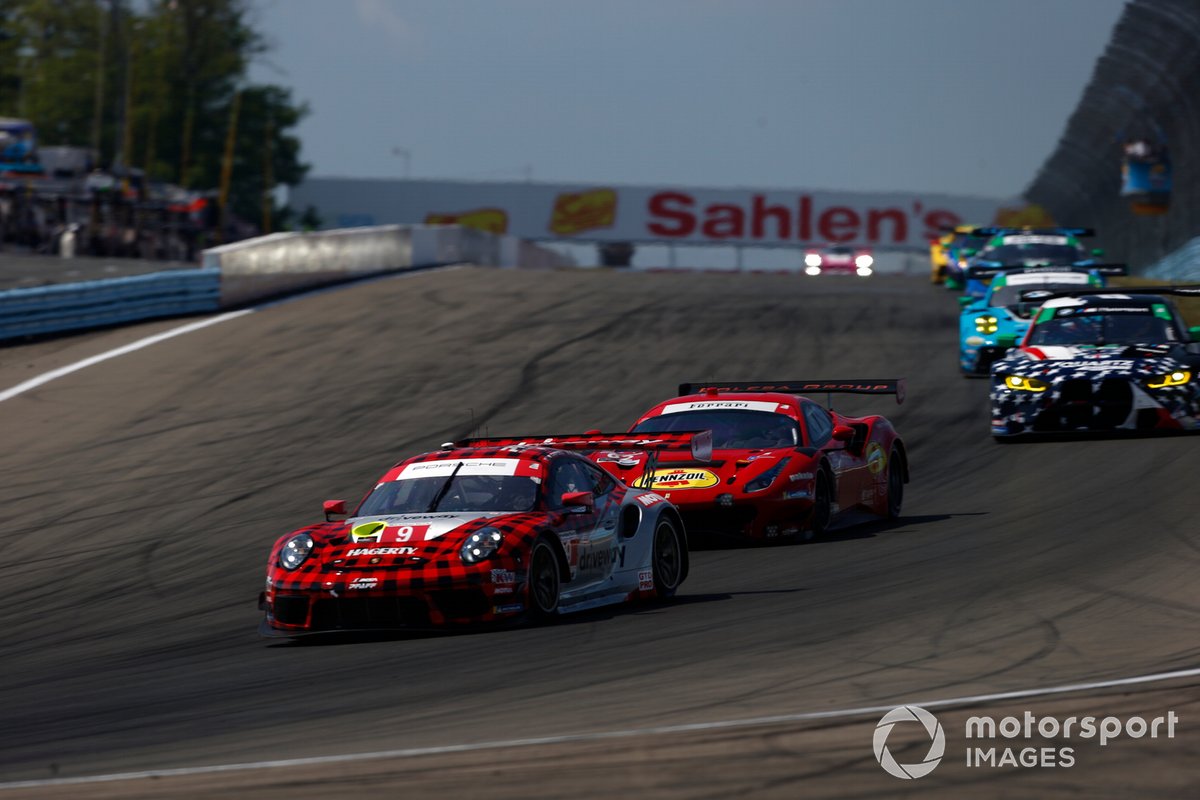 Campbell has already been heavily involved in testing the 963 with early outings at Porsche's test track in Weissach followed by a three-day test at Aragon six weeks ago.

He says the step up from GT cars to prototypes has been made easier by the weight of the LMDh car, while laps in an LMP2 car last year also helped the transition.

"But I'd say the progression from the GT to the LMDh, at least on the circuits I've driven so far, has actually been smaller than expected, which has been a good thing.

"These cars are quite a lot heavier than the former class of LMP1. A lot more downforce, but with the weight you can definitely feel it, I think it's made that step a little bit easier.

"I had a test in an LMP2 car with Penske at Indianapolis late October last year, and that was a really good opportunity to get a bit seat time on a prototype. I wasn't worried going in or anything like that, but I was quite open-minded about how different it was going to be.

"It's really, really cool. A lot more downforce than what I'm used to and a lot more grunt. It's a lot of fun."