The two Acura ARX-05s entered by Wayne Taylor Racing and Meyer Shank Racing were untouchable out front in the third Michelin Endurance Cup event on the 2022 IMSA calendar, scoring a comprehensive 1-2 victory for the Honda-owned brand.

Bourdais and team-mate Renger van der Zande finished third in the best of the five Cadillac entries, the #01 Ganassi DPi-V.R, but were never in a position to upset the Acuras in a race punctuated by several caution periods and a long red flag due to thunderstorms.

Acura has now won four of the seven races in the DPi class so far, moving to the top of the manufacturers’ standings, while WTR and MSR lock out the top two spots in the teams’ championship.

Bourdais said being the top Cadillac at Watkins Glen was little consolation, as he had no chance to mix up with the leading two Acuras given the pace difference between the two cars at the 3.4-mile road course.

"We were trimmed out, but we’re not just quite as fast as those [Acura] guys on the fast, sweeping tracks,” conceded Bourdais, who has scored two of Cadillac’s three wins so far in 2022 with van der Zande.

“It’s a little frustrating. You do everything right. We’re winning the battle of the Cadillacs, but unfortunately it’s just not quite enough to win the race.

“We’ll keep digging and see what we can do next week in Canada [at Mosport]. 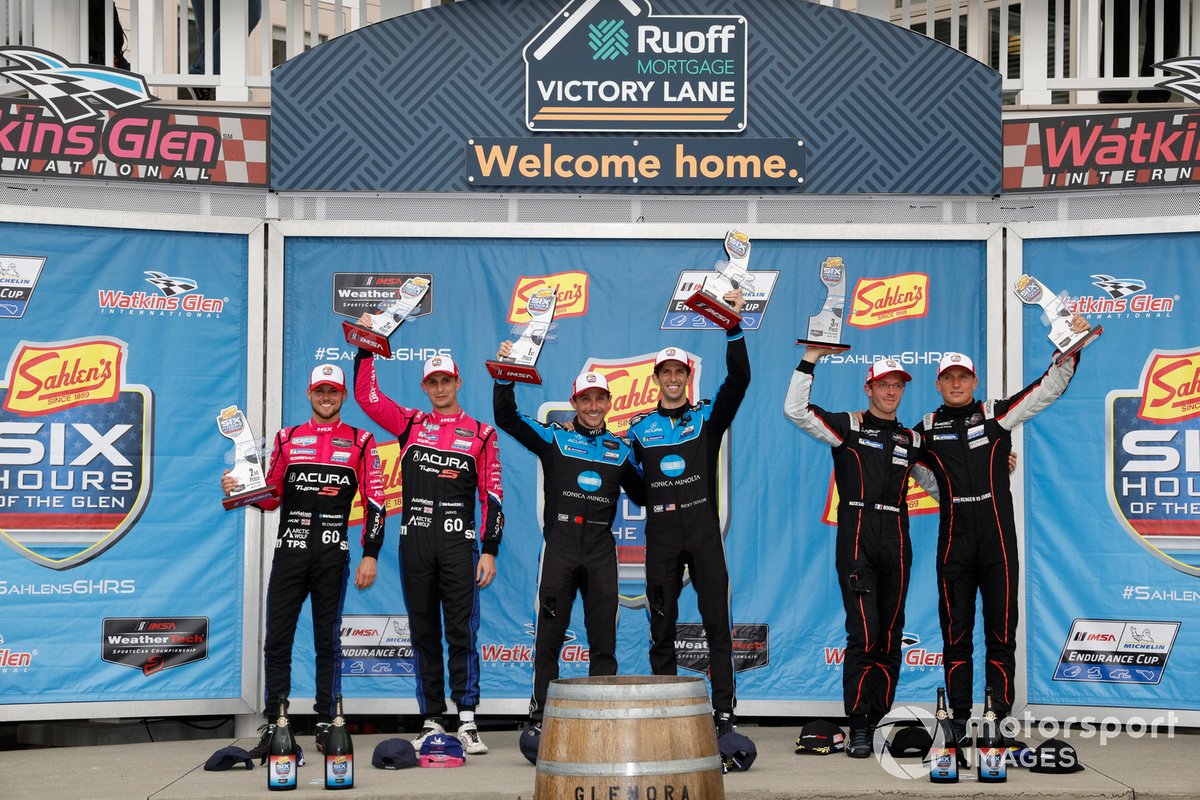 “[The race] was very broken up for everyone at the beginning [with the caution flags] and then Renger had a very solid triple stint in the middle of the race, which had to be hard with the heat and everything.

“He hung in there and kept it in contention the whole time. As it is often here, it's a game of track position. We never really got it.”

With Ganassi finishing third and fourth in the top-tier DPi class, the Action Express Racing team could best manage a fifth-place finish with its full-season #31 entry driven by Olivier Pla, Pipo Derani and Mike Conway.

Toyota Hypercar driver Conway, who is only taking part in the four IMSA enduros with AXR, felt the Acura was both quicker and superior on fuel management than Cadillac.

"They [Acuras] are fast and good on fuel,” he said. “They were tough to beat today. But we did our best. It’s unfortunate we didn’t quite have enough. It was a tough one.”