The Rahal Letterman Lanigan Racing-run GT Le Mans contender has been granted a revised turbo boost curve to increase top-end power for the two-day test next Tuesday and Wednesday at Sebring, which hosts its IMSA enduro round in March.

The Balance of Performance change by sanctioning body IMSA follows a row at last month's Daytona 24 Hours series opener during which BMW claimed it had been given an unfair BoP for the event.

The German manufacturer subsequently issued a statement during the race saying that it would be having "productive and open talks" with IMSA and that they had agreed "to find an appropriate BoP assessment for the upcoming events starting with Sebring".

The maximum boost for the M8 GTE's four-litre twin-turbo has been increased above 5000rpm and slightly reduced below that figure.

It follows a first revision of its boost curve ahead of Daytona, in addition to a 10kg weight break. 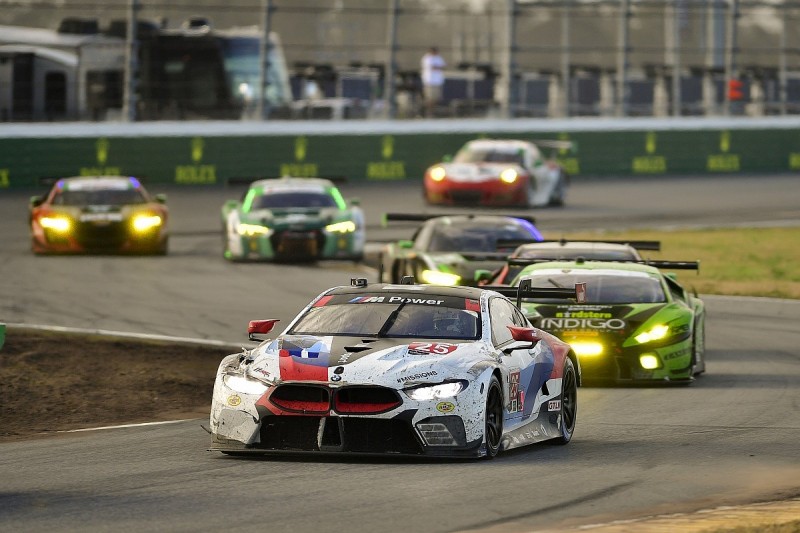 The best of the Rahal BMWs finished seventh in class at Daytona, 10 laps down on the winning Ganassi Ford GT, despite a largely trouble-free run.

The fuel capacities of the BMW, the Ford and the Porsche 911 RSR have also been tweaked by IMSA ahead of the test.