Bentley motorsport boss Brian Gush has elaborated on comments by marque boss Wolfgang Durheimer that the British manufacturer is looking at a producing a car to IMSA's Daytona Prototype International regulations, which come into force in 2017.

These allow for a manufacturer to take one of the four approved LMP2 chassis for 2017 and fit their own engine in place of the spec Gibson V8 and produce a bodykit carrying their styling cues.

"Yes, we would like to do it and, yes, it would make a lot of sense because it is a good fit, but it remains on the backburner," Gush told Autosport.

"We don't have the planets aligned to get going on it just yet."

Bentley revealed last summer that IMSA's rules were attractive and that it was evaluating a programme for the all-important US market.

Gush has admitted that it looked at the suitability of its four-litre twin-turbo V8 from the Continental GT3 for DPi.

It is known to have begun work on studies for a body design, but it is understood that the programme was stopped in the wake of the 'dieselgate' emissions scandal that engulfed parent company Volkswagen last year.

The budget cuts its brands have had to make as a result have had an impact on motorsport and include the joint decision by Porsche and Audi to field two rather than three cars at the Le Mans 24 Hours next year.

"There are a number of things we can't discuss, but everyone is looking at what is going on with the group," explained Gush.

"At the moment we are happy to concentrate on GT3."

Gush always stressed that any P2/DPi programme would be aimed at the US where Bentley would have the chance of competing for overall wins.

The same rationale explains its presence in the Pirelli World Challenge, in which it is swapping from the Dyson to Absolute team in 2016, rather than the GT Daytona class of the IMSA series.

DPi bodywork kits will not be allowed at the Le Mans 24 Hours, but US entrants will be permitted to run manufacturer engines.

Gush also confirmed that the factory M-Sport Bentley team will not run a car at the Nurburgring 24 Hours this May.

The team joined forces with the German HTP squad at the Nurburgring last year to field a pair of Continentals under the Bentley Motors banner, but this year the Abt team will represent the marque.

Gush denied that the move was linked to the budget cuts within Volkswagen.

"We will just run works-supported cars and Abt knows the place well; joining with them was about getting the best team possible," he explained. 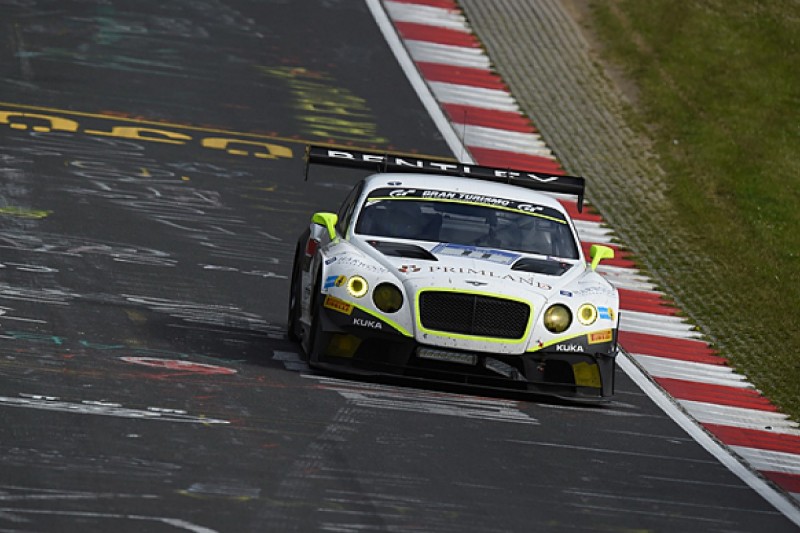