The British manufacturer wants its new GTE contender, which made its race debut in last weekend's World Endurance Championship opener at Spa, to compete in the GT Le Mans class.

Aston is targeting a full-season factory presence in North America at an undisclosed point in the future for the first time since its American Le Mans Series campaign with the DBR1 GT1 in 2006.

Aston Martin Racing president David King told Autosport: "We recognise a gap in the fairly large footprint of our worldwide GT racing activities and we are working out how we can fill it.

"At this stage racing in IMSA is an ambition and not a plan; we don't have a plan on how to fund it and we are not in a rush."

King explained that the ideal scenario would be for the Prodrive-run AMR factory squad to undertake a second campaign alongside its GTE Pro attack in the WEC. 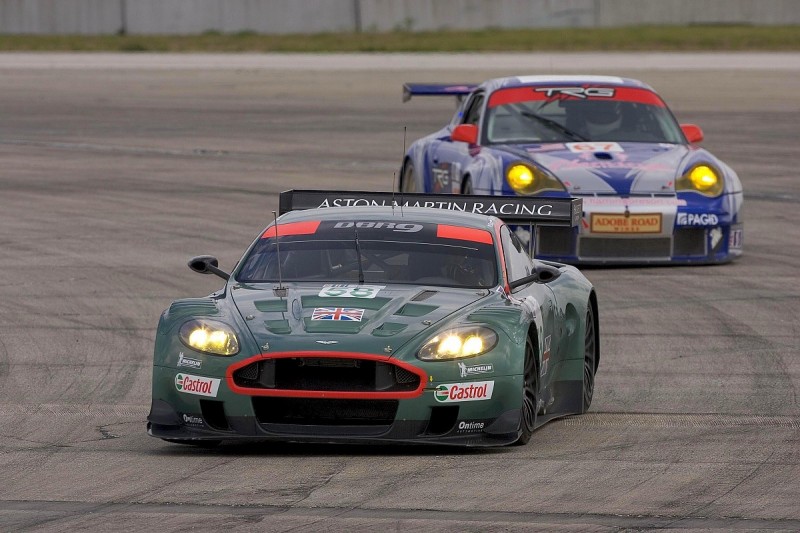 "The alternative would be to work with a partner team at a very high level."

King said that "all options are possible" and did not rule out working with team in the GT Daytona class with the new Vantage GT3 announced last week as a stepping stone to GTLM.

King explained that AMR was also evaluating how to service its customers in North America and said that a relationship with a racing team could encompass that.

"In order to engage with our racing customers we need an on-the-ground sales and service presence and we could do that with a top-level race," he said.

AMR last raced in the IMSA series when it made a one-off at the 2017 Daytona 24 Hours with solo V12 Vantage GT3.

It competed in GTLM with the first-generation Vantage GTE at Daytona in 2014 and '15.