The 23-year-old Briton, who was runner-up in the LMP2 class in last year's World Endurance Championship, will take part in this weekend's official Daytona test with the team.

He is scheduled to contest the United SportsCar Championship opener on January 25/26 in its ORECA-Nissan 03 alongside team regulars Klaus Graf and Lucas Luhr.

Brundle, whose father Martin won Daytona with Jaguar in 1988, told AUTOSPORT: "I'm here at the test [which begins on Friday] with Muscle Milk and the plan is for me to do the race, so it is a great way to start 2014.

"The whole thing is down the input of Nissan [with which Brundle has links going back to 2012] and Darren Cox [the manufacturer's global motorsport boss], so I have to say thanks to them for getting me this great opportunity."

"I'm very excited to be here and to get the chance to learn about the US scene from Klaus and Lucas." 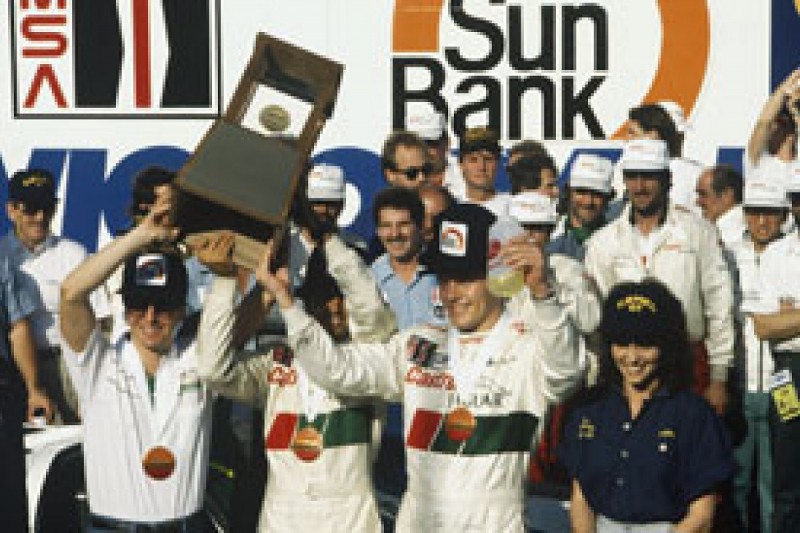 The Muscle Milk entry is one of six LMP2 machines that will go up against 10 uprated Daytona Prototypes and the solo DeltaWing the USC's Prototype class.

Martin Brundle won the Daytona 24 Hours on his debut in the race with the new TWR Inc squad.

He describes the race aboard the winning Jaguar XJR-9 as the "hardest race of my career".