Although many of the cars racing with the VSCC are now at least 80 years old, the club is keen to continue attracting younger drivers and this Saturday's Mallory Park meeting features a trial race for drivers aged under 30.

The handicap race has drawn a full grid of 22 cars, plus two reserves, ranging from the 1914/1918 Vauxhall A/D Type owned by Alistair Lockhart and driven by Rebecca Smith to a 1935 Wolseley Hornet Special owned by John Seber and driven by David Seber.

In all, 16 of the 22 cars entered have been loaned to the younger drivers by family and friends.

The youngest driver will be Louis Parkin (18) in his father's 1927 Frazer Nash Super Sports. One in five of the entries are for female racers and it is likely that the concept will be repeated at future VSCC race meetings, which now run under the 'Formula Vintage' brand. 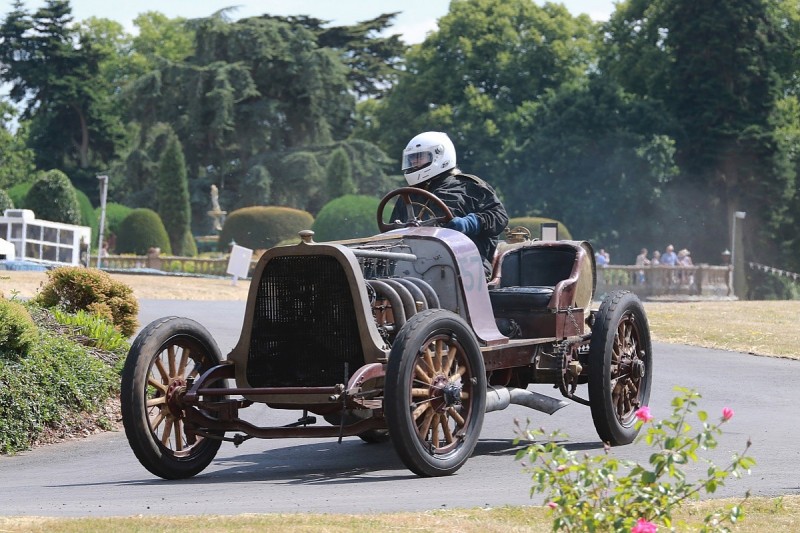 Most of the cars in the capacity field are at least 100 years old and the oldest of all is the 1904 Pope-Toledo Gordon Bennett which is owned by Hicky Hickling and will be driven by Rob Hubbard. The rare machine has not been raced for close to 100 years.

Edwardian car enthusiast Hickling has rebuilt the 10-litre monster over the last 15 years. It raced in the USA in 1904 and contested the 1905 Gordon Bennett race at Clermont-Ferrand in France. It even ran at Pikes Peak in 1907 but had not been used since the early 1920s.

"It's been a labour of love. I bought it as a pile of bits 15 years ago and have been slowly collecting parts and rebuilding it," said Hickling, who first drove it at the recent Chateau Impney hillclimb.