The 2019 event will have 300 forest-based special stage miles in five days of rallying when it runs for the 12th time.

The draft route takes in around 30 special stages covering Wales, England and Scotland and will be the longest and toughest stage rally in Britain for more than 20 years.

While the event has strong support from the historic fraternity, the concurrent Open Rally is open to any MSA log-booked two-wheel drive rally car.

In a matter of days, 60 crews lodged deposits to secure one of the 130 initial places on the entry list.

"The response has been amazing," said Rally Manager Colin Heppenstall.

"For an event that is 14 months away, there has been a rush to secure a place.

"As well as the competitor response, we've been bowled over by the reaction from officials, marshals and fans.

"Importantly, trade suppliers and potential commercial partners are very positive about the rally, which is really good news as running an event of this scale is an enormous undertaking, both in terms of logistics and finances." 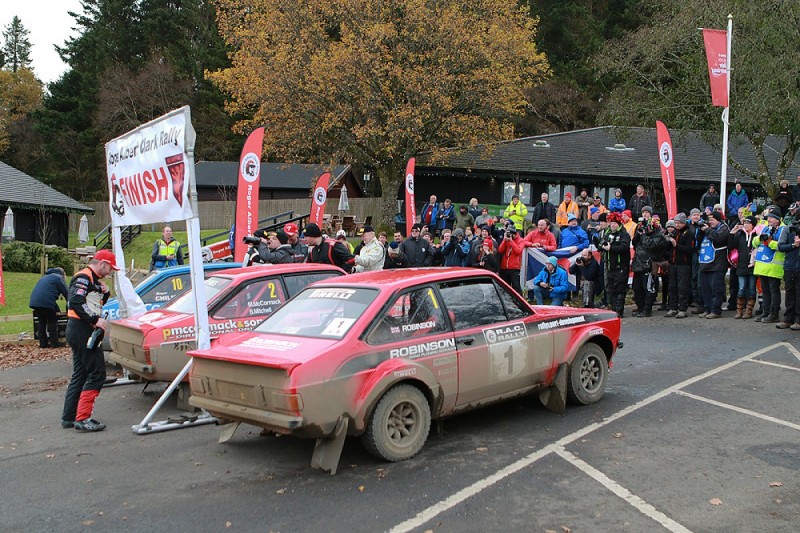 The event will again start from Brightwells in Leominster, which will also be the base for documentation and scrutineering.

The rally will start on Thursday evening for a leg of more than 20 miles in the Welsh forests in the dark.

A further 40-45 miles will run in Wales on Friday with a planned early afternoon finish, allowing crews an earlier start on the transport section north.

Saturday's route remains to be confirmed as there are two options, depending on final availability of forests.

The first option takes in some classic Yorkshire forest stages before heading north west to finish the leg at Carlisle.

The alternative is a re-start from Carlisle for a day of stages in the southern section of Kielder.

Sunday will be a full day of around 100 stages miles in southern Scotland before Monday's sting-in-the-tail leg of another 70 miles in the central block of the notorious Kielder forest complex, before an afternoon finish in the Carlisle/Kielder area.