Ten ex-works Subaru Imprezas World Rally cars, spanning 1997 to 2004, gathered at the Prodrive headquarters on Friday ahead of the Ralli22 event at the Shelsley Walsh next month

The assembly is believed to have been the largest ever gathering of genuine ex-works cars in the 555 livery of the Prodrive-run Subaru WRC team.

Over the weekend of June 15/16, at least seven of them will tackle the famous Worcestershire hillclimb course in the opening event of the Ralli22 season. 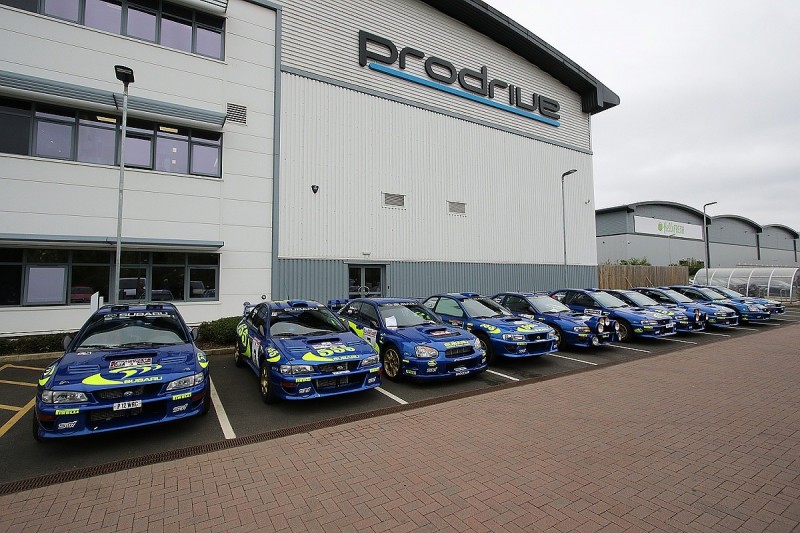 Ralli22 was conceived to span 22 years of rallying history including the Group B, Group A and WRC eras and offer owners the chance to demonstrate the cars and, preferably, use them in competition at high-profile speed event venues.

In total, 40 cars from Ralli22 will take part in the Shelsley Walsh event.

"The response has been incredible and I'm really pleased that most of the 40 rally cars going to Shelsley will be competing against the clock."