The category's spiritual home will host a unique double-header event for the 2017 British championship, with a raft of hillclimb greats in attendance.

The famous 1000-yard Worcestershire hill, the world's oldest motorsport venue still using the same course, was one of five destinations on the schedule of the inaugural British Hillclimb Championship back in 1947 as motorsport re-emerged after the Second World War.

As many as 14 past champions, dating back to 1977 winner Alister Douglas-Osborn, will be on hand this weekend and 13 championship winning cars will be present.

Those that are running, such as the dramatic four-wheel drive Hepworth Chevrolet of David Hepworth, will do demonstration runs up the hill each day of the weekend.

Other previous champions competing over the weekend will include David Franklin (1978), Charles Wardle (1988) and Alex Summers (2015).

Reigning, and six-time, champion Scott Moran will be a leading contender in no less than four top-12 championship run-offs over the weekend - the first time a double-header BHC round has been staged at Shelsley Walsh. 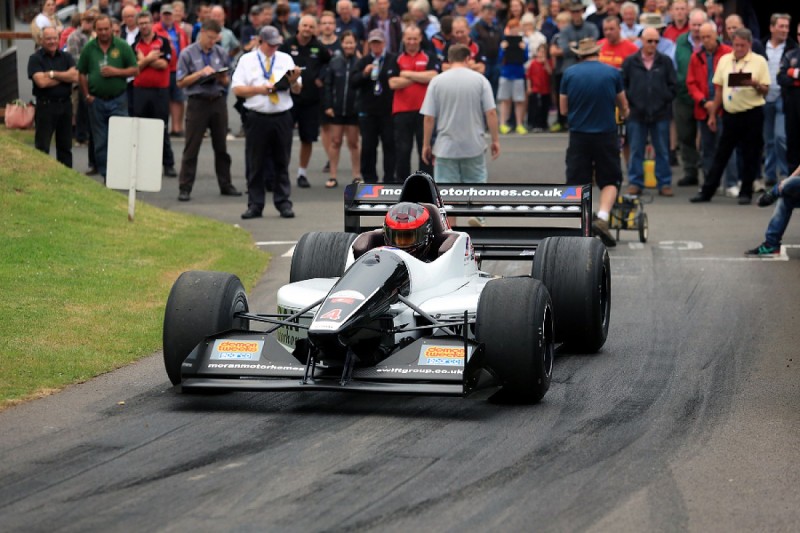 From a capacity entry, there will be two practice runs and two timed class runs each day, along with two run-offs each day.

Leading championship contenders tackle the hill as many as 12 times over the weekend.

Lunchtime parades, interviews and photoshoots are all planned for this special weekend at the venue that climbs steeply up the side of the Teme Valley.

"This will be a very special weekend of hillclimbing at the world's oldest motorsport venue still on its original course, so all the drivers will have driven in exactly the same wheeltracks regardless of the year they competed," said Mark Constanduros of the organising Midland Automobile Club.