A capacity field of 60 pre-war cars set out on the recreation of the original 1000-Mile Trial from 1900 and contested five days of special tests and regularity sections as the route ventured as far north as the Peak District.

"It's been an amazing event," said Crosby at the finish.

"We didn't actually lead the event until the final morning.

"We made some errors that were bigger than we would have liked, but other people made similar errors."

Earlier this year Crosby and Proctor won the ninth Flying Scotsman to set up a double on Britain's two most challenging events dedicated to pre-war cars. 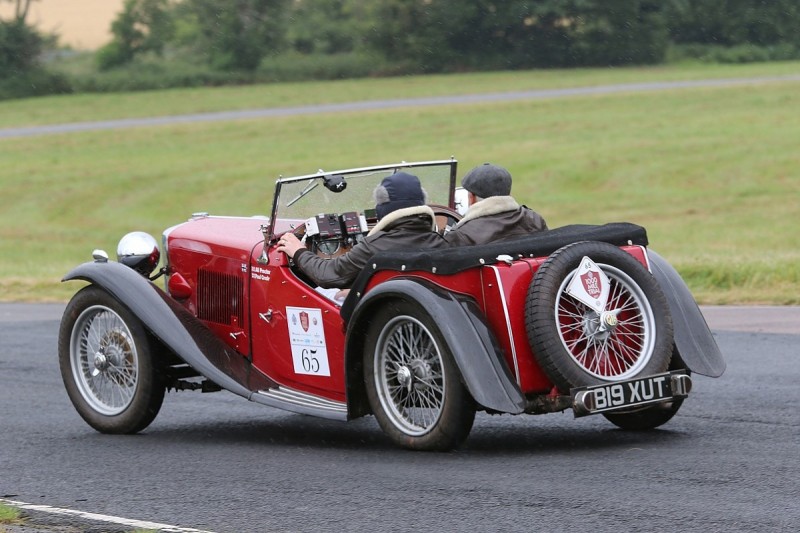 Crosby is best known in the sport for his work on race car composites and as a race engineer at a high level in single-seater racing.

"I ran people like Nigel Mansell and Mike Thackwell at March Engineering and then started my own business called Crosby Composites," he said.

"My first love was always cars and how they work and I did some freelance engineering for Dave Price and Eddie Jordan. So I ran Martin Donnelly and Jean Alesi in F3000, then David Coulthard and Gil de Ferran."

Bentleys filled the other two podium places on the trial as Stuart Anderson/Leigh Powley took second and Bill Cleyndert/Dan Harrison, leaders at the end of day four, finished third.

Former touring car racer Peter Lovett and Matt Fowle were fourth in their Frazer Nash BMW 328 as less than half a minute of time penalties covered the top four finishers.

This was the third modern-era running of the trial. First held in 1900 to prove the ability of the motor car to cover long distances, it give many people in England their first chance to see a motor car.