The famous Galaxy-engined Jaguar E-type, known as the Egal, will be back on a UK race track in the near future after an absence of around half a century.

In the mid and late 1960s, the fearsome 7-litre one-off raced by Chris Summers and Barrie Williams was a regular winner in club racing but was later sold to America and only returned to the UK a couple of years ago.

Since then, Chris Keith-Lucas at CKL Developments has been restoring it to period specification and says there are plans to race it once more.

The car was originally built by Geoff Richardson for owner Rob Beck and Williams recalled it being fitted with a Holman and Moody Galaxy marine engine. The E-type chassis came from a semi-lightweight car, shunted by Beck at Castle Combe.

The result was a ferociously powerful car that ‘Whizzo’ Williams tamed with considerable success in club racing. However, as a one-off it never raced internationally and by the end of the 1960s was being beaten by Chevron B8s and Ginetta G12s.

After a couple of other UK owners, the project was sold to the US where it was used on the road before later starting a long restoration. Sadly, the owner passed away before the work was complete, and Keith-Lucas saw it advertised for sale.

“I went over to New York, saw it over there and verified it and then we brought it back,” said Keith-Lucas, who has secured its original registration of ‘590 DXR’ on behalf of the current owner.

“In America it grew even wider than it really ought to have, but apart from that it is very much the car and close inspection of it reveals all the old dings and dents.”

It was taken to the recent E-type 60th birthday celebrations at Shelsley Walsh and did some demonstration runs, with due regard for the Jaguar transmission which was always a weak link in period. 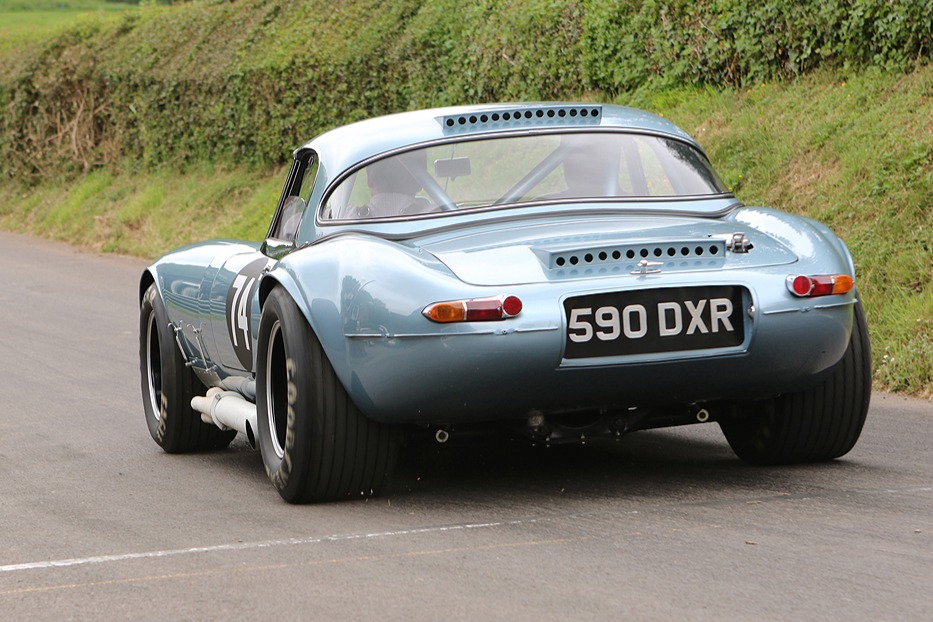 “I wasn’t doing tyre-burning starts, that would twist the propshaft like a toffee wrapper,” said Keith-Lucas.

“I've got the dyno figures where it has over 600 foot pounds of torque, so it's really an absolute monster.

“We do have plans to run it. It is a complication because a car like this was never homologated.

“It did a huge amount of British club racing, but it didn't do international events, so that limits what you can do. But there are a number of race organisers in this country who'd love to see it in their events.”