OPINION: The Brands Hatch Historic Superprix earlier this month highlighted the big challenges of today, with costs, driver demographics and the pandemic all playing a role

Rooted in the late 1970s, the Historic Superprix has drawn competitors and spectators to Brands Hatch for more than 40 years. The Grand Prix circuit, added to the hallowed Kentish speedbowl in 1960 and playground of Jim Clark, Jack Brabham and Pedro Rodriguez, remains among the world’s most satisfying racetracks to drive.

Yet the sport’s evolution in this stratum, dilution of interests as each passing season broadens choice in the ‘old car’ marketplace, rising costs and – inevitably – the COVID-19 pandemic have changed its focus.

These are very different times to the 1980s and 1990s when I first attended the Superprix. Back then, it had a big international presence, with racers – many owner/driver/preparers – converging from the corners of Europe and beyond, and a select band contesting the FIA Historic Championships, from Lurani Trophy Formula Junior to Thoroughbred Grand Prix.

For them, the opportunity to race at Brands justified the annual pilgrimage. The world governing body’s presence had financial implications, but costs were sustainable. Large audiences were entertained by Can-Am, Interserie and Group 6 cars in mighty Steigenberger International Supersports Cup grids too, with a 12-race programme, the majority run on Sunday.

Nothing can be done about the content since championships have withered or died – Lurani Trophy aside, for this beacon burns brightly still, credit to ringmaster Duncan Rabagliati and his daughter Sarah Mitrike who keep the changing Formula Junior Historic Racing Association family motivated. There’s a sea change in competitor interest, dynamic, logistics and ability to run the spectacular cars that spectators loved, inevitable corollaries of passing generations.

Why would teenagers today be blown away by grand prix cars of the James Hunt or Nigel Mansell eras? Unless they saw them in action. 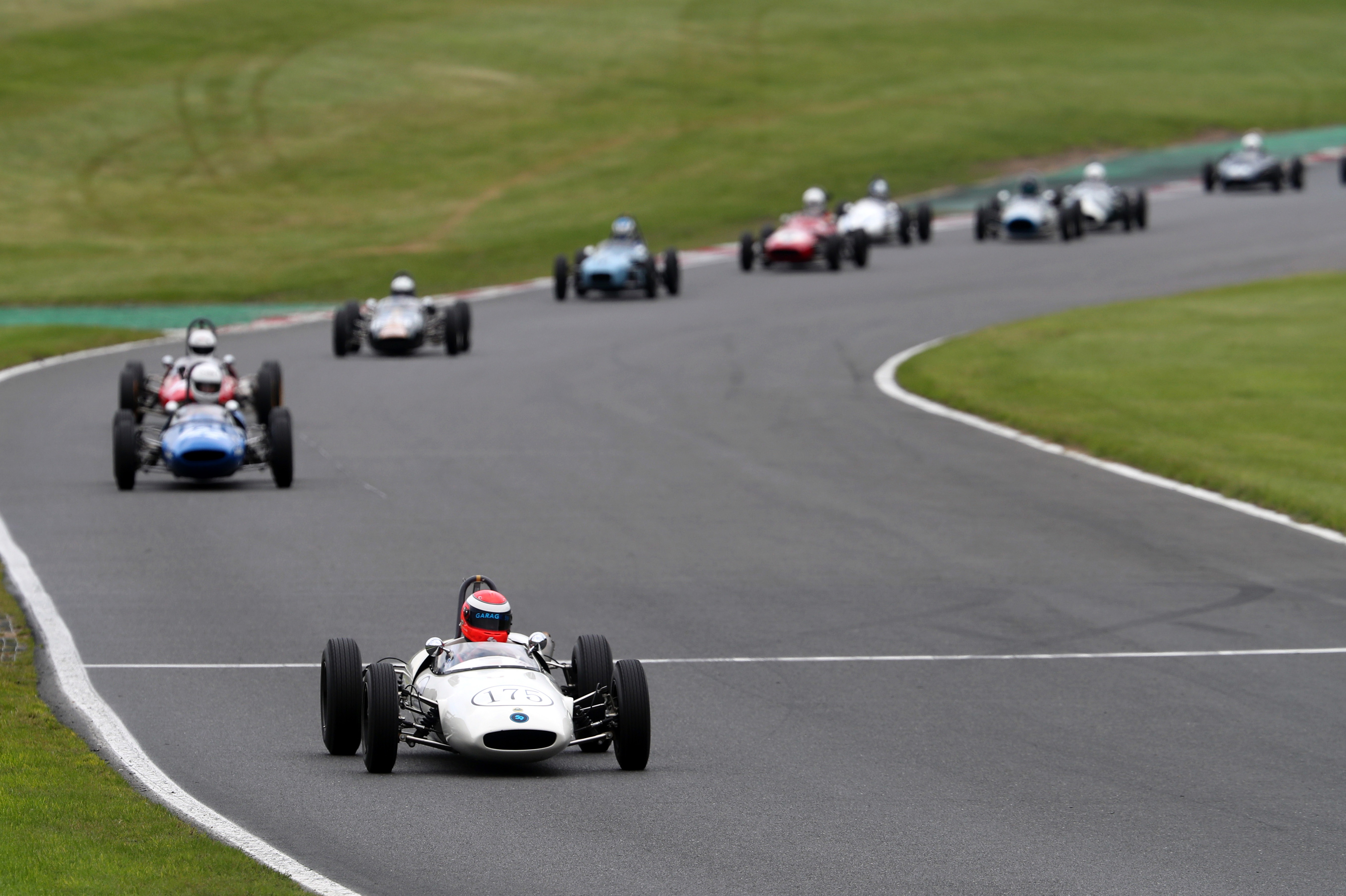 Historic and vintage racing now faces a common problem. Grandad or parents may own the cars, but if they perceive them as too valuable to race, or replacing a blown engine is beyond their pocket, they will stay in the garage. A dusty ‘family heirloom’ is no more fun than one sold into the vast car collections of a few who have no intention of airing them either. A stalemate situation.

COVID restrictions and the United Kingdom’s withdrawal from the European Union are a devastating double-whammy, its timing coincidental. There are far more important ongoing repercussions across daily life than the sporting and leisure aspirations of the privileged few.

As many as 10% more entries from France, Belgium, Germany, Switzerland and Italy would have likely attended – plus a grid or two from Holland – in a ‘normal’ year

Much as we all enjoy our motor racing, from whichever angle we see it, we’re far from out of the woods with the pandemic. Let’s hope that this week’s governmental decisions bring some succour to business sectors hardest hit over the past 18 months. But spacing people at a well-organised racetrack campus such as Silverstone, Brands Hatch or Donington Park is relatively easy. Not so at Wembley Stadium for a football match.

While 400 entries across 16 groups and 23 races was a good effort for this year’s Brands Hatch Superprix, three factors reduced competitor numbers: the Friday’s Indy circuit racing was a non-starter for working people. Entry fees and event timetabling led to others staying away, according to championship coordinators.

And the additional expense of transport carnets and COVID testing – which has reduced the numbers of double-jabbed British-based teams venturing to the continent this year – would have been equally applicable the other way, had it not been for travel bans. As many as 10% more entries from France, Belgium, Germany, Switzerland and Italy would have likely attended – plus a grid or two from Holland – in a ‘normal’ year.

On the plus side, onlookers were treated to some fine racing. That was particularly so at the sharp end of the Aurora/Geoff Lees Trophy single-seater races in which Matt Wrigley and Martin Stretton in F2 cars – which merit dedicated races at next month’s Historic Sports Car Club Oulton Park Gold Cup surely? – plus young Sam Harrison, who at 18 is yet to gain a UK road driving licence, and Rory Smith drove hard. 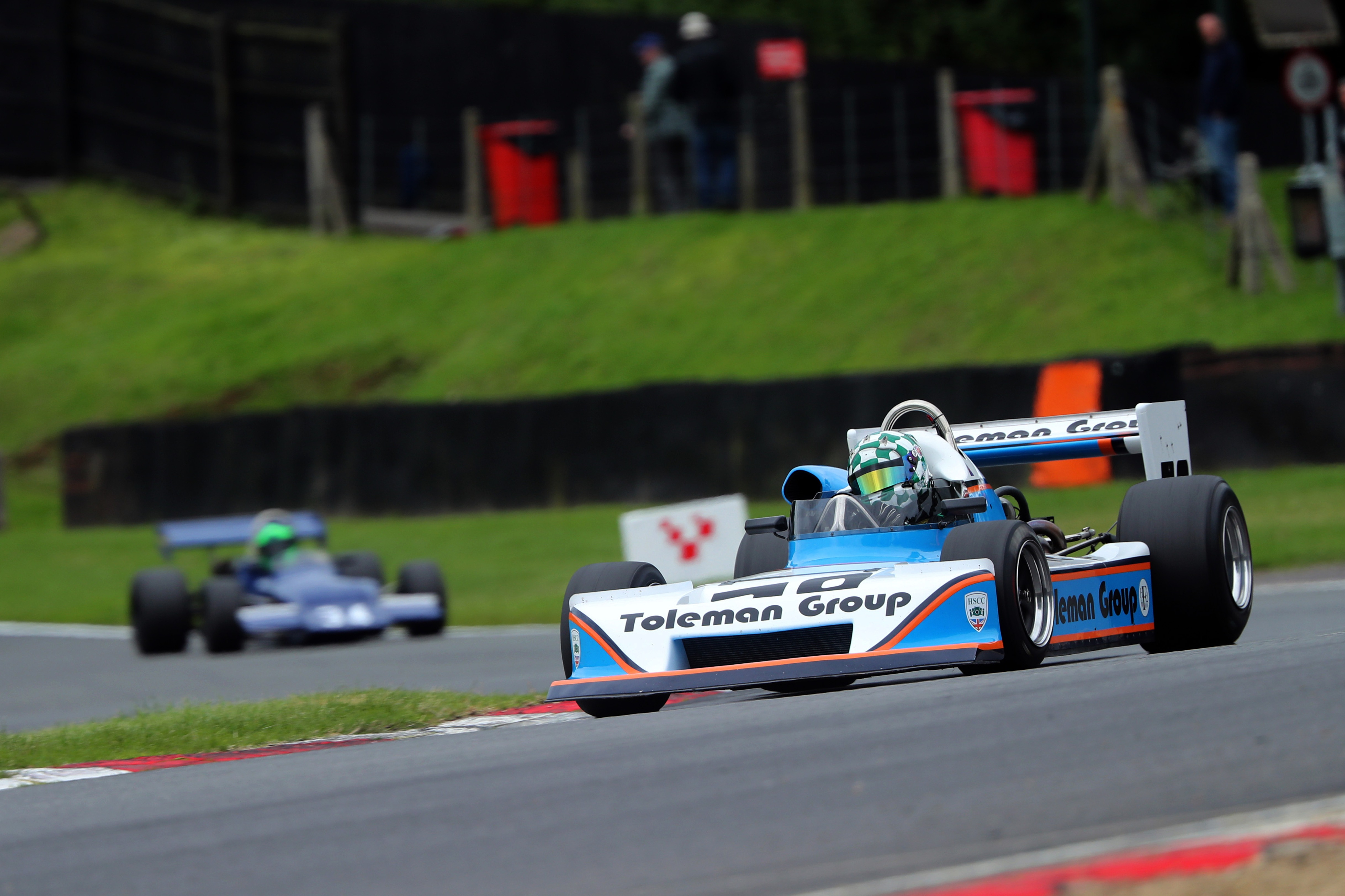 And James Claridge’s and Mark Richardson’s Chevron versus Lola battle at Thundersports’ spiritual home reminded me of watching the Britannica 2000 European championship round in 1975 – won by Jorg Obermoser in a Warsteiner TOJ-BMW – albeit without the competitor numbers and crowd.

Standards had slipped elsewhere, though. Covering marshals attending incidents is difficult enough, especially when Brands gets treacherously slippery and cars visit gravel traps. Having observed one Formula Junior competitor improving his grid position on the final lap of qualifying, with a Day-Glo orange- jacketed marshal crouched beside a spun car on the edge of the track at Clearways, I was appalled to learn that interrogation of the timing system revealed that towards half of the field had done likewise!

When draconian penalties for a transponder infringement cost one competitor a well-deserved maiden win, yet others get away with downright dangerous conduct, stern warnings were insufficient. Safety and respect are paramount. 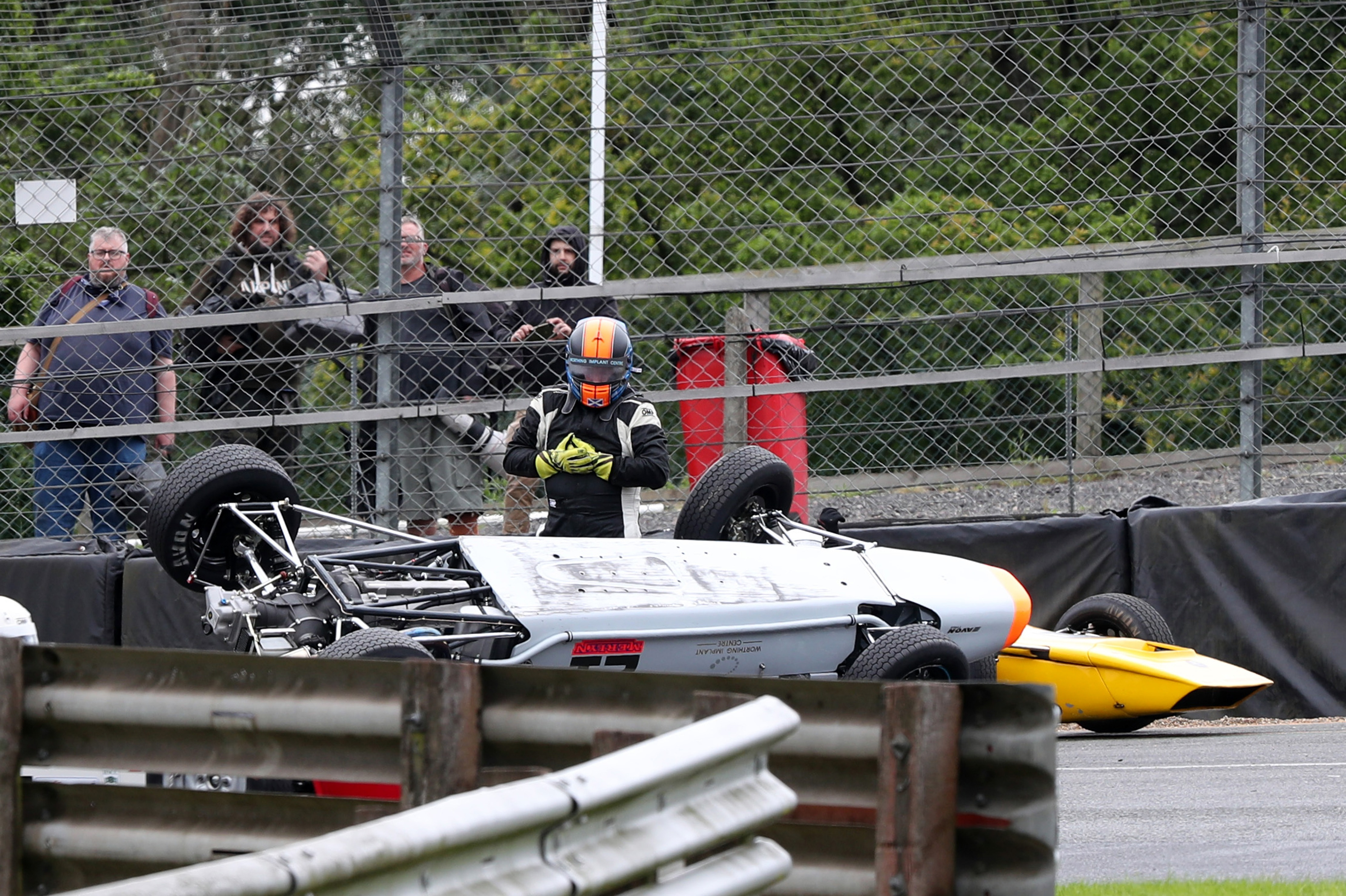