Hunt followed a single-seater career in his early racing years but has now accepted an invitation to share the mighty Group A Nissan Skyline touring car of Ric Wood in the Historic Touring Car Challenge at the biggest historic racing festival of the season.

After a recent test at Oulton Park Wood, who has now built four examples of the four-wheel-drive touring car of the late 1980s, confirmed that Hunt would share the car, nicknamed ‘Godzilla’, in the 45-minute, two-driver race.

Hunt said: “The car is awesome and I’m really looking forward to the race. I’ve never driven a Group A car before.

"I’ve got my sights set on racing an LMP car at the Le Mans 24 hour, so a fast car on a big grid with driver change is great experience. Massive thanks to Ric for giving me the opportunity to race ‘Godzilla’.”

“It’s great to have Freddie on board for such an iconic race meeting in ‘Godzilla’,” said Wood.

“Naturally we’ll be going for the best result possible on the day, but it will be fantastic to see the name Hunt racing on the F1 track at Silverstone, especially in one of my cars!”

Over the last couple of seasons, Wood has proved the Skyline to be a race winner in the Historic Touring Car Challenge where it goes up against Ford Sierra RS500 Cosworths and BMW M3s.

The Skylines are renowned for spitting out huge flames from the exhaust on gear changes. 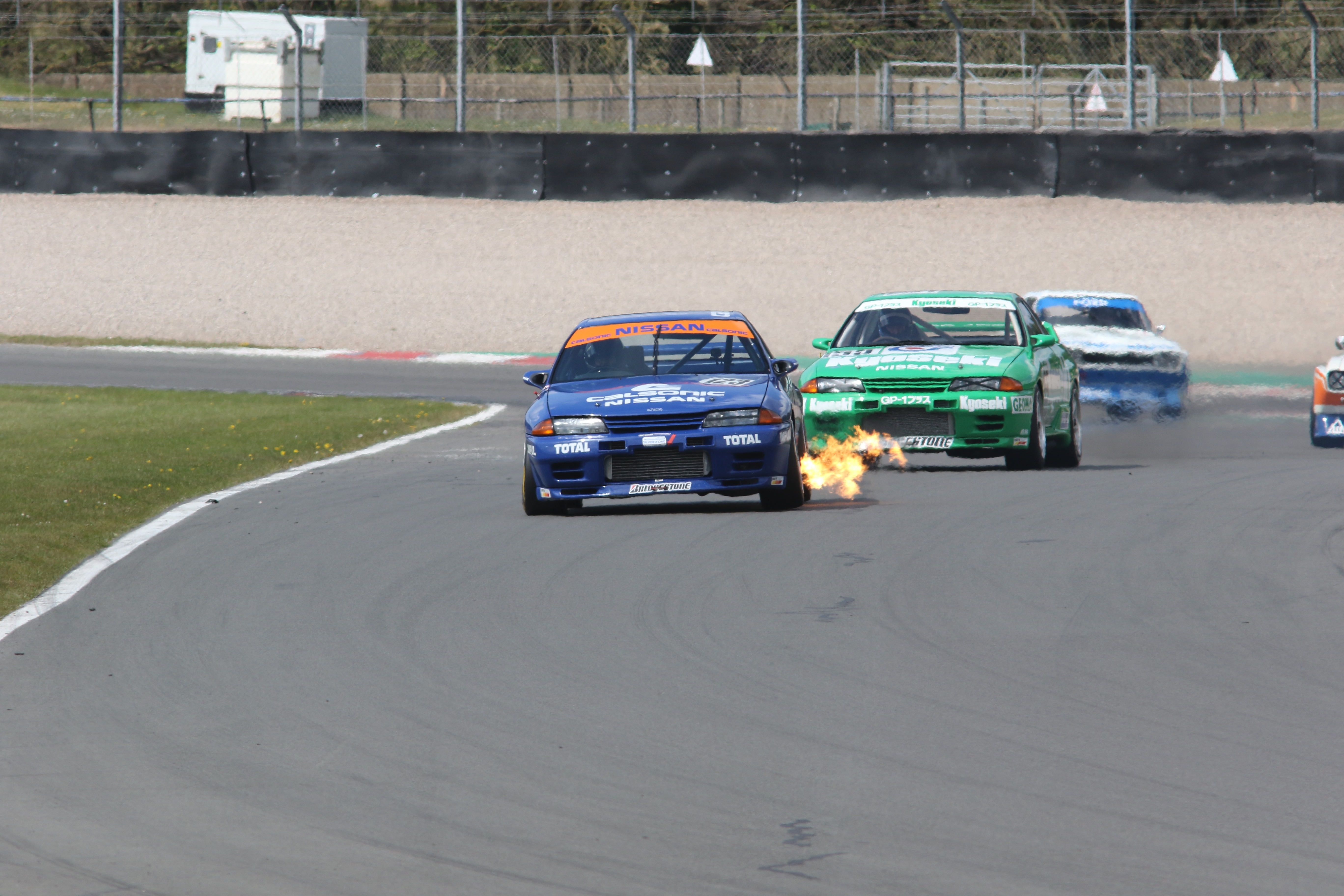 Record grids for The Classic, Silverstone

The biggest grids ever seen UK historic racing are set to be a feature of The Classic, Silverstone.

In 2019, a special dispensation allowed a 60-car grid of Minis to race at the event, but that number will be bettered by at least two grids this time around after a revision to the Silverstone track licence increased the grid capacity for the Grand Prix circuit from 58 to 61 cars for certain sports and saloon categories.

Never in UK historic racing has a grid of more than 60 cars been unleashed, but two of the grids at The Classic are planning to field a capacity 61 cars.

The Woodcote and Moss Trophy race has been granted the prime Saturday evening slot for this year and will run for 50 minutes as the sun sets on Saturday, finishing at 2100hrs.

This year’s Classic is the 30th anniversary edition of the event that can trace its history back to 1990. Birthday celebrations were delayed a year when the 2020 edition was lost to COVID.

It will be the first time that the Stirling Moss Trophy has been contested at Silverstone since Sir Stirling’s death in spring 2020. The winner will be presented with the trophy that Moss was awarded for winning the 1955 British Grand Prix, his maiden GP victory.

“We are very grateful that Motorsport UK has allowed us to invite a record number of entrants – more so after the frustrations of last year, which have resulted in lots of pent-up demand and excitement. We don’t want to disappoint anyone wanting to join us at The Classic,” said Duncan Wiltshire of Motor Racing Legends.