The first ever Formula Junior race took place at Monza on April 25 1958, which was a public holiday in Italy. Eight Formula Juniors were present on the grid from six different makes and the race was won by Roberto Lippi in a Stanguellini.

The World Tour will conclude with a record breaking entry of well over 100 cars, racing in two grids at the Silverstone Classic on the July 20-22 weekend.

After World War II Count Johnny Lurani recognised that there was a major gap in junior single-seater racing.

The 500cc Formula 3 category was popular in some countries, including the UK, but Lurani reasoned that a new global junior single-seater category was needed and his concept for Formula Junior was timely.

Lurani's saw that purpose-built single-seaters powered by production engines of 1000cc or 1100cc would be an affordable entry-level category and, though it comprised largely an Italian national class in its inaugural season in 1958, it was adopted by the FIA for 1959.

The category only existed until 1963 before being replaced by revised Formula 2 and Formula 3 classes, but it left hundreds of cars - many of which are still racing. 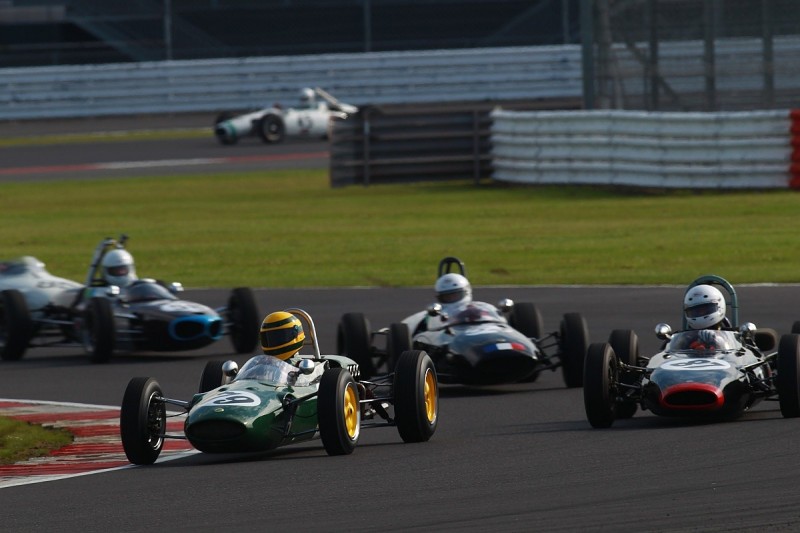 Formula Junior was the first previous formula to be revived as a historic series in 1975, and there are now three championships in Europe along with active races in Australia, New Zealand and North America.

"2018 marks the culmination of our amazing three-year Diamond Jubilee World Tour, by the end of which we will have seen close to 350 drivers taking part around the world," said Duncan Rabagliati of the Formula Junior Historic Racing Association.

Rabagliati paid tribute to the many people involved in Formula Junior: "Thank you to each and every one of you, for your role in creating, nurturing, and supporting the adventure, whether you are one of our period, early Historic Formula Junior or current drivers, mechanics, family members, press, or fellow organisers."