While standalone F5000 races are now common in the USA and New Zealand, in the UK the cars normally compete alongside Formula 2 and Formula Atlantic cars in the Derek Bell Trophy races.

In period, the forerunner to Formula 5000 was introduced in the USA 50 years ago, the category enjoyed seven years as a stand-alone championship in the UK and Europe before F1 and F2 cars were added to the re-styled Shellsport Group 8 Championship in 1976.

Heading the entry at Brands Hatch will be Michael Lyons, the established category benchmark who will be driving one of four cars entered by his family squad.

Lyons, who recently won the Historic Formula One race at the Monaco Grand Prix Historique, is also an accomplished sportscar and GT racer at international level.

Joining Lyons on the grid will be his parents Frank and Judy, while Tony Trimmer will handle the fourth car from the Lyons stable, a Lola T332.

He went on to win the British Formula 1 Championship in 1978.

"Tony's going to drive one of his original cars," said Frank Lyons, the prime mover behind Formula 5000 in the UK.

"I love the cars and they are great fun. It is certainly good for Formula 5000." 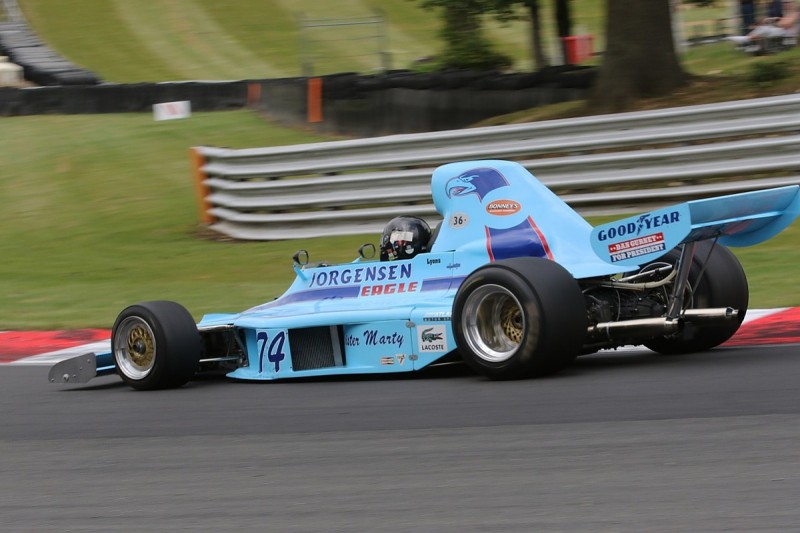